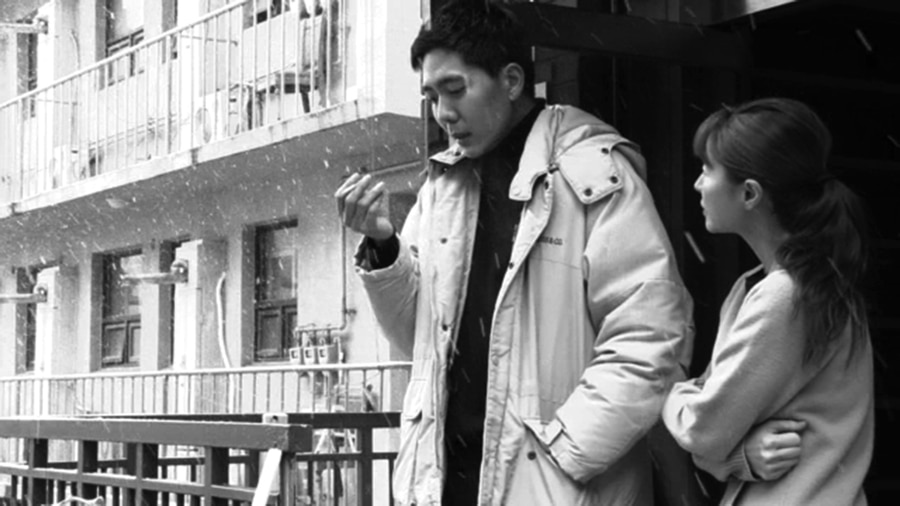 Hong Sang-soo serves up his first slice of suggestible social drama for the year, at Berlinale’s 71st edition. Along with his muse (Kim Min-he) the usual sympathetic suspects join the party, the title has us hoping there may be a sudden dramatic epiphany but we’re not surprised when no such breakthrough occurs as the narrative soft-peddles enjoyably through to the end.

This is another short and sweet story, running at just 66 minutes, but make no mistake, the script is rich enough to stretch along for much longer, although the welcome brevity will always keep us coming back for more. No film festival would be complete without the South Korean master’s lightness of touch and teasing humour, and Introduction is no different.

Korean society is so coy and polite reflected once again in this delicate intergenerational piece, that will see the lowkey conflict play out between mother and son, and son and father. In one early scene a young couple meet again ever so formally after spending the previous one together. Maybe they are playing some sort of seductive game by adding an air of detachment to the rendezvous, a ploy that is always guaranteed to add a frisson of sexual tension to each new meeting. They are obviously in love. We have become accustomed to these winsome moments which are part of the director’s idiosyncratic cinema language but why this is called Introduction remains an enigma, and it could just be for no reason at all.

The film drifts peripatetically from South Korea to Germany. But one of the most interesting interludes involves the likeable Young-ho (Shin Seok-ho) who we first meet visiting his father (Kim Young-ho) at his acupuncture clinic in Seoul. The two clearly don’t see eye to eye and his father is under great emotional stress as he desperately tries to take a moment to relax in his private office, before placing strategic needles in one of his patients, famous actor (Ki Joo-bong), who, it soon emerges. dated Young-ho’s mother (Cho Yun-hee), and could be the reason for their marriage breakdown.

Meanwhile Young-ho’s timid girlfriend Ju-won (Park Mi-so) is off to study fashion in Berlin where she stays in a flat owned by a leading artist, and a friend of Ju-won’s mother (Seo Young-hwa), another rather fraught character who wants the best for her daughter in the rather controlling way mothers often do. Young-ho is also at odds with his own mother over his choice of acting as a career. Clearly she disapproves.

The film is full of these moments of tension that are so delicately appealing in their self-containment and so deftly handled with the director’s usual lightness of touch. MT