Leonardo di Costanzo is mostly known for his documentary work directing and writing: At School (2003); Odessa (2006) and Cadenza I’Inganno (2011).  He was also  cinematographer on these projects.

His latest film I’Intervallo is a work of fiction and welcomes newcomers Salvatore Ruocco and Francesca Riso.  The screenplay is in fluent Napolitan dialect.   L’Intervallo competed at Venice this year for the Luigi De Laurentiis First Film prize and we talked to Leonardo di Constanzo about this special first feature. 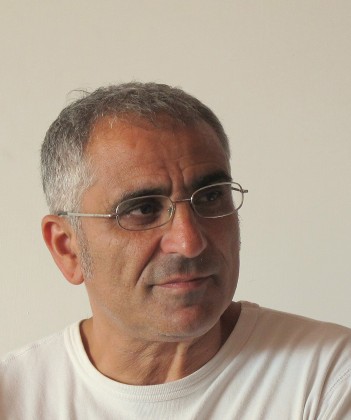 AT What initially inspired this story?

LDC It didn’t come from real fact, but from when I watched my son, even from very young… playing with other kids… they just take two objects and start planning things with them. Myself with my co-writers, we did the same. We took two characters and dropped them into a situation.  The children play and by purely observing this, you understand the social situation in which they live, The organisation they employ.

LDC …The politics play out as you watch them. In the film, as they live in this world… we just describe the internal world and, even though we put them just in an enclosed space, they will still illustrate the external one surrounding them. My son is a similar age now to these characters. But I have watched his way of growing up and even since he was a kid I have observed the way he played.

There is a French documentary called The Interval or The Break, following these kids during their school break, which just follows them and it is amazing how much it says about humanity and the environment in which they live, just as you watch them playing together in their break time.

AT I feel the film captures so well that very fine point in adolescence, where they have a forced, adult, street-smart world-weariness, but lying just beneath the surface is always the ability still to play, as a child.

LDC Yes. Because I think that… not just the local people in Naples, but people coming from this working class background from anywhere in the world, they have to grow up too soon and here I wanted to give them back some of that time, that childhood.

AT How did you find this young cast, have they acted before?

This is the first time they have acted. I ran theatre workshops with 12 teenagers for 3 months. We didn’t work at all on the script. This way I found the girl- Francesca. But not the boy. I then interviewed a further 15 boys and found Alessio.

AT So, there was a fair amount of improvisation in this film…

LDC The film only then started to be created… the film script was translated into Neapolitan by these two young actors. They were the ones who ‘colloquiallised’ it for it to make sense to them and organic to them personally.

AT You had extended workshops prior to filming. Obviously, you weren’t going to be teaching them how to act; either the can or they can’t…

LDC Exactly. How this manifest, was that they would be allowed to read the script, but not learn it, but understand only what was to happen in a scene; that they needed to get from point A to point B, but how they got there, they could improvise within their characters.

The point is as you say, not to teach them to act. Because they were non-professional actors, they needed to find a way to solve a scene. They have no technique to build on and to repeat what they have already done, as you would expect from professionals. So, they were workshopped to learn, to understand totally their characters and then allowed to play within the scope of their characters, which worked very well. 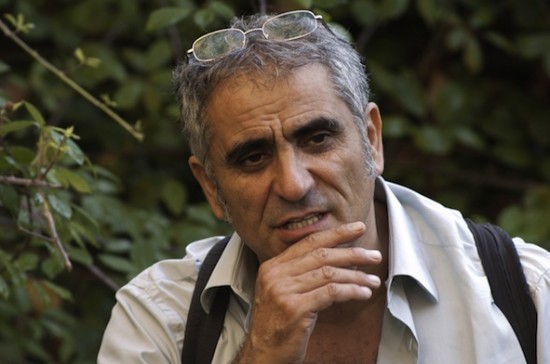 AT What do you think you brought to fiction filmmaking from your experience in making documentaries?

LDC Curiosity. I try to bring to fiction film what I like in documentaries… the ability to be surprised by the action through the lense of my camera. Always leave room for some random elements to happen. Spontaneity. To find a way to control the situation to allow this randomness, to give the film life, to make the performances come alive.  What I tried to do is put these things together and allow for there always to be this space for the unexpected to occur.

It wasn’t planned that the planes would cross the sky, so then my actress reacts to it, so what should I do? Should I follow her and include this uncontrollable element? Yes, I think I should.

AT How many takes did you like to use?

LDC On average about five or six, but usually, it was the second one that was used in the finished film. The first take, they usually learned what to do and the second one they got it perfect!

AT Do you have an idea what it is you want to do next?

LDC I have ideas about what I want to do next, but I can’t really…. Talk about it as I have nothing really formulated in my head.

AT Thankyou  Leonardo, for your time.