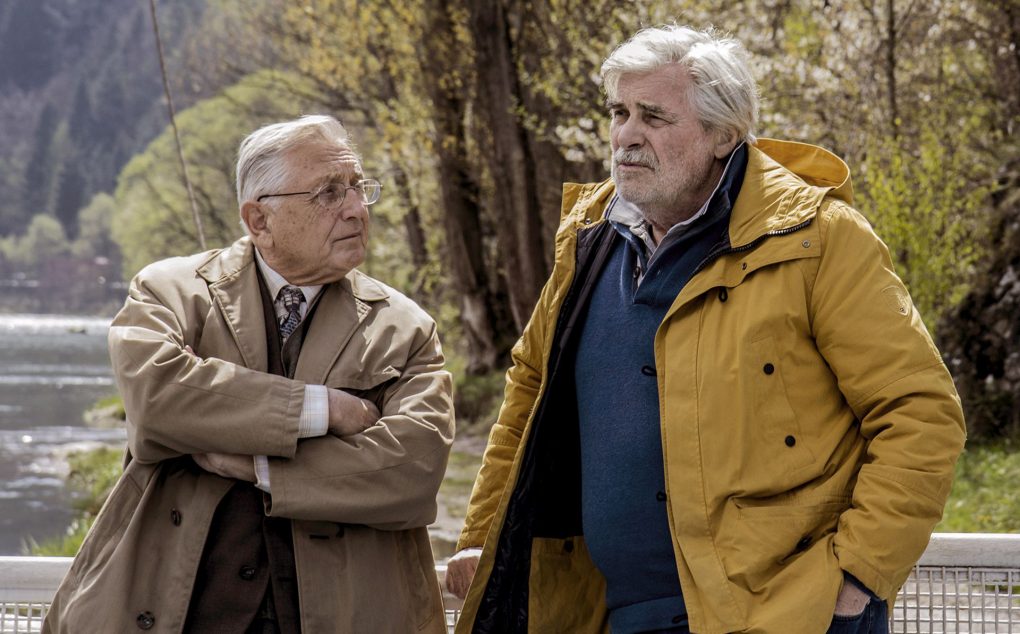 In Martin Šulík’s thriller, Peter Simonischek senses danger when he opens front door of his elegant Vienna appartment to a well-dressed old man Ali Ungár (Jiří Menzel), who later emerges the interpreter in this war-themed drama levened by the same piquant humour as the Austrian actor brought to last year’s standout Toni Erdman.  Orphaned by WW2, he has located the home of the SS Officer who might have killed his parents – or at the very least, knows the location of their final resting place. He instead meets Georg (Peter Simonischek) who informs him that he’s actually the son of the Nazi, and that his father is long dead. A darkly comic exchange follows and Ali heads home to Bratislava.

Ali is short of money and so he grudgingly agrees to meet Georg when he shows up, suggesting an expedition. Georg wants to visit the places his absent father spent time in during the war, and wants Ali to guide him – with a daily fee, naturally. Georg is surprisingly jovial considering he’s planning a tour of holocaust hotspots. This section of the film plays like a geriatric road trip, complete with a jaunty soundtrack. There’s an ironic detachment to the humour, but the tones grows more sober as the crucial nub of the narrative is revealed. A reveal very late in the game makes a delicious twist to proceedings but the film doesn’t hang its hat on this one turn of events.

Both Menzel and Simonischek are brilliant; each are endearing in contrasting ways. Georg is a louche and opportunistic ladies’ man, Ali a serious-minded traditional. Georg’s easy-going glibness collides with Ali’s buttoned up decency: the contradiction provides a frisson and a feels genuine and real. Flipping between comedy and tragedy, Martin Šulík’s buddy drama works through their war-themed conflicts – with a timely resonance that makes The Interpreter feels both retro and refreshingly contemporary. Two ageing men who are keen to free themselves from the past each with a different style but both private and, in a way, isolated. Jiří Menzel plays the role is world-weary and worldly-wise Ali, Peter Simonischek is Georg, the light-hearted maverick with a difficult secret past. The Interpreter is one the best thrillers to come along for some time. MT