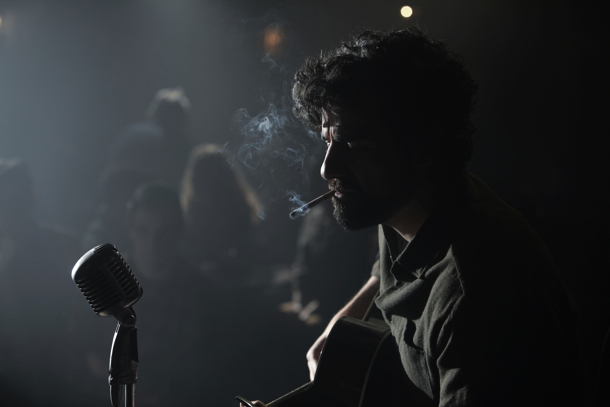 Joen and Ethan Coen won the Grand Prix at Cannes 2013 for this atmospheric story of a struggling folk singer in early sixties Greenwich Village. Exuding style, charm and nostalgic appeal; Bruno Delbonnel’s desaturated velvet visuals coalesce with a gently humorous script and  subtle performances capturing the era that was JFK and Peter, Paul and Mary and gave way to the edgy voice of Bob Dylan (whose bent figure is seen haunched over his guitar in a bar the final seconds) and his anthems of US civil rights and anti-war sentiment. 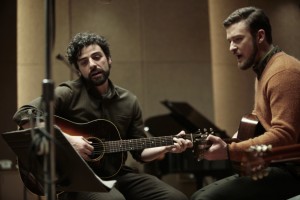 The central character, played by Oscar Isaac, is both flawed and self-defeating but fascinating to watch as he suffers perpetual bad luck, living at the mercy of friends and people he meets along the way.  In the winter of 1961, after leaving Jean Berkey (Carey Mulligan) pregnant from a one-night stand and now living with successful duo partner Jim (Justin Timberlake), Llewyn heads off with his cat to forge a solo career; his duo arrangement having fallen apart. As he is walks along the highroad, collar drawn up to the biting New York winds (much like Dylan on the cover of ‘The Freewheelin’ Bob Dylan’), we know the die is cast and his latest single “Inside Llewyn Davis” will gather dust in a box on his agent’s floor.

Isaac carries the role well bringing to his character a brooding resentment tempered with restrained charm. A disillusioned romantic resigned to failure, he is darkly handsome with Byronesque curls and and a full beard.  The episodes with his neighbours, the Gorheims, are particularly amusing and apposite with their New York, Jewish humour. Justin Timberlake and Garrett Hedland have small but appealing cameos. At one point Jim and Lleywn perform an original (imagined) chart single dedicated to JFK which is exhilarating and upbeat.  But most of the folk music played in smoky locales by Isaac is soulful and the overall soundtrack is pleasant thanks to T-Bone Burnett. His other singing friend is Al Cody played exultantly by Adam Driver. 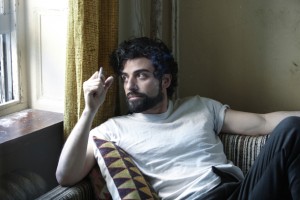 On the way to Chicago for an audition he hitches a lift with John Goodman’s bitterly sardonic jazz pro, providing delicious comedic texture, as the film turns road movie through the freezing late winter of 1961 with widescreen visuals of snowswept landscapes; early motorways; classic Chevies; dim-lit offices full of dusty, resilient characters redolent of an era where people still spoke in straightforward sentences and meant what they said.  “I don’t see a lot of money here” – is the bathetic response from his Chicago agent when Llewyn finally auditions there.  No words could express a more simple truth about an artist who isn’t going anywhere, despite his creative talent.  This is a tale about trying hard and not succeeding; about gradually acknowledging and accepting defeat that dawns somewhere down the line marking mediocrity from bankable talent. And this is the deeply-sad crux of this impeccably-crafted, bittersweet masterpiece and possible its universal appeal.  MT