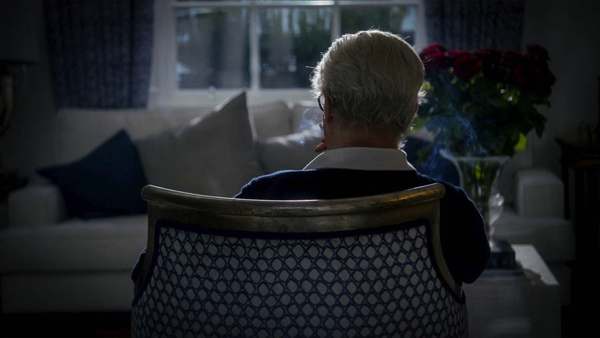 The late advertising and PR supremo Timothy John Leigh Bell is the subject of this brisk and enjoyable documentary that soon sinks under a weight of detail. South African journalists Richard Poplak and Diana Neille use a clever framing device that sees Bell being interviewed for a radio station as the discussion widen out enlivened by archive footage and ample talking heads – but there’s just too much to take in for those unfamiliar with the territory.

If only Sir Tim Bell could have written the script. He comes across an uncomplicated and amusingly laconic character, glancing amiably over horn-rimmed glasses, cigarette permanently on the go, a man who you’d want on your side. And whose biggest coup in the early days of his career at Saatchi & Saatchi was working on the “Labour Isn’t Working” campaign that helped Conservative leader Margaret Thatcher win the 1979  general election. Bell and his associates soon worked out that winning elections and campaigns of all kinds is not down to ‘luck’ but a scientific skillset that interprets how the audience will respond, therefore creating a workable weapon: “It wasn’t about what you said, it was all about the audience”. And this is one of Bell’s most salient legacies.

He co-founded PR company Bell Pottinger in 1988, and was later famous for frosting up the relationship between the West and Putin through a simple but telling hospital bed ‘photo of the poisoned Russian defector Alexander Litvinenko. This establishes the truth that a picture is worth a thousand words. But that’s far from end of the story.

The exposé jumps around quite a bit eventually spinning off in all directions intoxicated by the complexities of the task it takes on. After dealing with Bell’s work on British politics, the thrust moves on to South Africa to explore Bell Pottinger’s role in unethically firing up racial unrest under President Jacob Zuma, influenced by the Gupta family. Bell Pottinger was hired to dispel and change the mood there and cocked it all up. Ironically a grass roots social media campaign in South Africa reacted against the influence of the British PR film. The resulting fallout led to the company filing for bankruptcy and Bell resigned in 2018.

The self-made spin doctor spins his own image with his direct approach to dealings, possessing the confidence and clarity of vision that many of us envy and even admire. He was paid to put a positive facade on the profiles of nefarious characters – amongst them Saudi arms dealers and autocrats such as General Pinochet – but his success in the end contributed to his own downfall. Barristers represent arch criminals everyday and get off Scott free. But when the press and public rise up against you your days are numbered. Ironically Sir Tim was foisted by his own petard – despite being brilliant at the task he took on.

Bell – filmed here before his death in August 2019 – puts up a good argument and a plausible one, and some of his arguments are plausible. But the directors have taken on more than they can chew. In the end their forensic approach encumbers their attempts to make a digest about the fascinating times we live in. We are left with an unpalatable fact: Perception is increasingly more important than the truth. MT