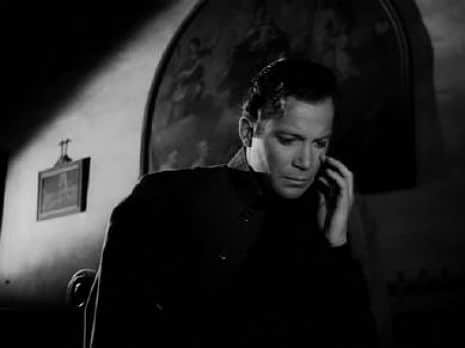 Leslie Stevens blew the considerable capital he’d made from ‘The Outer Limits’ on this almost wilfully uncommercial folly. Aided by a tingling score by Dominic Frontiere, fellow ‘Outer Limits’ veteran cameraman Conrad Hall (who does a lovely job) later recalled it as ‘ten days shooting, great fun’, ruefully admitting “I don’t what it means but I love it”.

The decision to shoot it in Esperanto – deliberately intended to make the film hard to follow – Leonard Maltin laconically observed “sort of limits its appeal”, which is one of the reasons so few people have heard of it, let alone seen it.

If the thing wasn’t already weird enough there’s even the sight of William Shatner speaking his dialogue with English subtitles.@RichardChatten