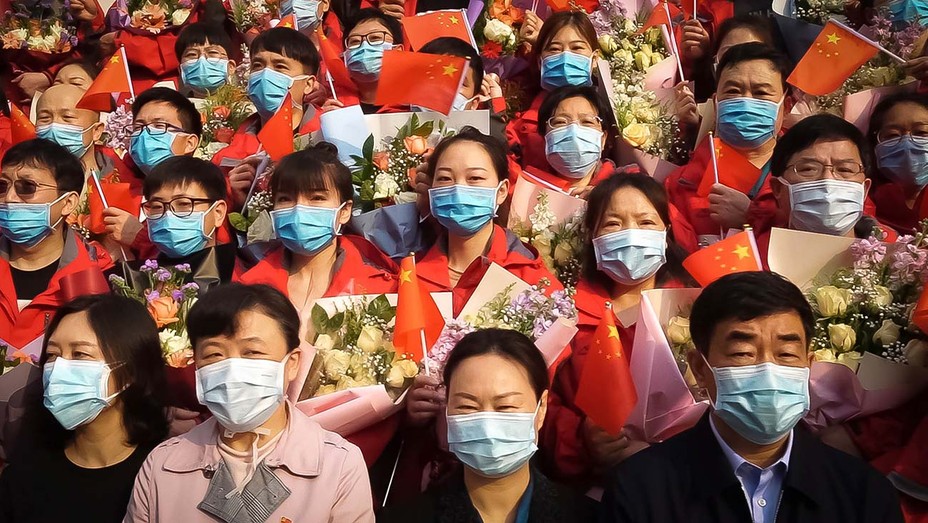 In the Same Breath (2021) Sundance London

A scathing documentary about the handling of the COVID-19 crisis in the one-party state of the People’s Republic of China – and the not so different approach of the Trump administration in the USA – is quite an eye-opener. Chinese born writer/director Nafu Wang (One Child Nation) bases her her findings of her own experiences having lived and worked in the USA for the last nine years,

Wang, born and raised in China, was visiting her mother in a city 200 miles away from Wuhan when she came across news reports stating how eight doctors had been arrested for spreading rumours about a respiratory sickness. When Wang left for the USA on January 23rd, Wuhan was in lockdown. Wang’s husband managed to get their son, who was with his grandmother, home to the USA. Wang was by now alerted and aware of the discrepancy between the censured media reports, and the real situation in China. Back home, she commissioned camera operators, often using covert mobiles ‘phones to report on what was going on in China. She also offered the story to an American newspaper, which declined.

The results were astonishing – the censored reporting of state media was completely skewed away from people dying in the streets, or posting their x-rays on You Tube in the vain hope that they would receive treatment. The lavish New Year’s Eve celebration in Wuhan became a super spreader – ignoring the doctors alarm cost countless lives. But the Chinese government celebrated the success of their medical campaign, even when people were still dying outside hospital doors.

Wang was equally angry with the reaction of the Trump government: the president and his supporters in the White House and the CDC playing down the impact of pandemic, even Dr. Anthony Fauci can be heard aping the president stating “nobody in the USA is at risk from the pandemic”. “Just like the flu” was a common statement. And so the US went unprepared into the fight with the pandemic, even the most basic equipment was lacking.

In China the government agencies hailed the “victory over the virus” only weeks after the doctors’ arrests, the authoritarian Trump administration let loose millions of pandemic deniers and conspiracy theorists. For Wang, the idealist, who never had any illusions about the nature of the ruling Chinese Communist Party, the failure of the US government, is a failure of Democracy itself. AS