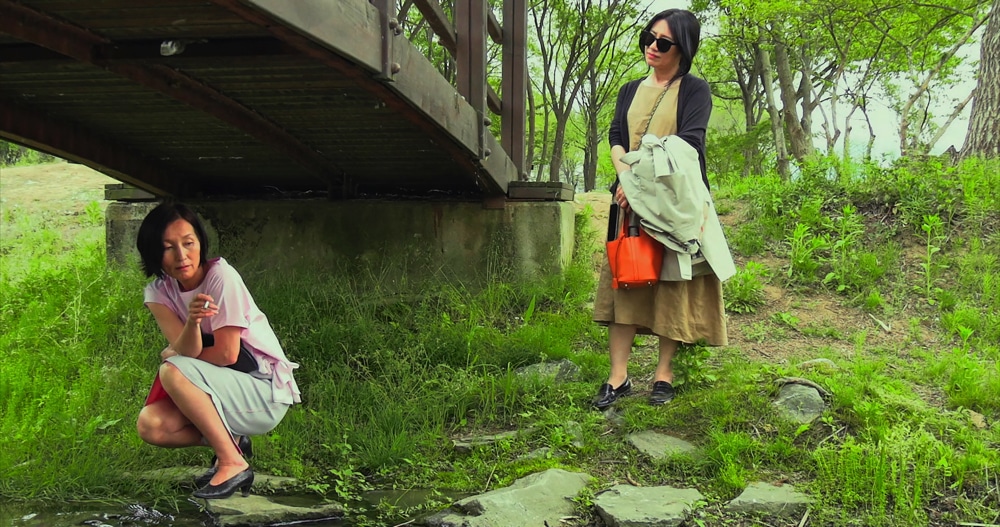 The subtle South Korean director teases us once again with this elegant arthouse gem that follows a day in the life of middle-aged actress Sangok, back from America to visit her sister Jeongok (Cho Yunhee) in their hometown of Seoul. A first walk in the park together reveals their very different personalities. But there’s an enigmatic quality at play and a feeling that Sangok (Lee Hyeyoung, a leading light from the 1980s) is leaving a lot our imagination, until an unexpected tragicomic twist occurs in the final denouement.

After the walk Sangok agrees to meet for lunch with a lightweight film director called Jaewon (Kwon Haehyo). All this is plays out with Sangok’s voice-over monologues giving us small clues as to her state of mind. Clearly Jaewon is a big fan of the Sangok’s work and he surprises the actress with intense recollections of a particular film she finds it harder to remember, but feigns flattery nevertheless. After she declines an offer to star in his next film, Jaewon quietly dissolves into tears during a cigarette break outside the cafe, clearly deeply affected by her rejection. The two then leave during a sudden thundery downpour, as the camera watches them tentatively sharing another cigarette.

The final reveal comes the following morning when Sangok wakes up to find a mobile message from Jaewon, It makes her laugh out loud. Her upbeat approach is gently philosophical. Clearly the benefits of experience have once again trumped youth: reality is there for all to see. MT