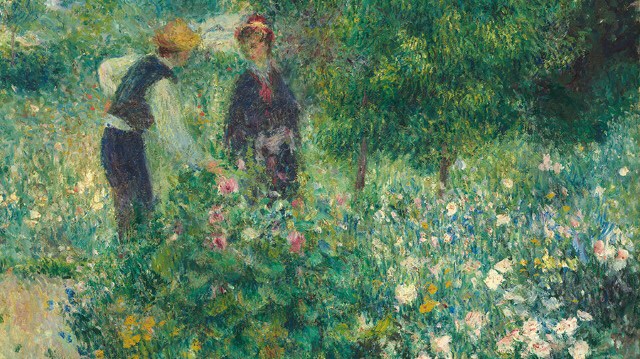 With: Director of Sotheby’s: Phillip Hook;

Phil Grabsky is an award-winning filmmaker who has devised a successful and cinematic way of presenting art exhibitions as full length documentaries which he distributes to arthouse cinemas and television in over 100 countries. His latest such enterprise is THE IMPRESSIONISTS that explores the 19th century art movement through the story of the Frenchman who realised the potential of this group of young artists and created the modern art market in the process. Paul Durand Ruel nearly bankrupted himself twice, before successfully finding a way to market his artists’ paintings all over the World, making Impressionism the household name that stands today.

To make this documentary, Grabsky takes his crew to the Musee de Luxembourg in Paris, the National Gallery in London and the Philadelphia Museum of Modern Art in Pennsylvania, where art curators, historians and the family of Durand-Ruel offer fascinating insights into the works of the Impressionist painters while we tour the extensive collections both on the widescreen and in close-ups to reveal the brushstrokes that the naked eye would not necessarily appreciate.  There are also commentaries from Rachel Campbell Johnson, and two grand-daughters of M Durand-Ruel.

The mid-nineteenth century Paris of the Impressionists was fascinating. Sotheby’s director and author, Philip Hook explains the origins of the Art market and how the Parisians visited art exhibitions as if they were shops; often buying small painting or renting more expensive works of art to impress their guests at a soirée or to copy them for posterity. Paintings focused on religious or moral themes but by 1859, many people were growing bored and were desperate for something new and original.

Paul Durand-Ruel starting helping his father who ran an art gallery in Paris, where he began to add his own choices introducing works of lesser known artists such a Claude Monet, Alfred Sisley, Pierre-Auguste Renoir, Manet and soon, Camille Pissarro, who he met while in London. Against the tide of negative public opinion, Durand-Ruel paddled his canoe, often sailing close to bankruptcy in his efforts to energise the more traditional and tenets of academic paintings in the Salons. The invention of paint in tubes meant that artists could venture outside with the work, such as the Barbizon movement, that pioneered paintings based on realistic scenes of outdoor life, of farmers and country dwellers ‘en plein air’.

During the Franco-Prussian war, Durand-Ruel, like many Parisians, escaped to London and when he returned, the old order had fallen and there was a genuine feeling of change and revolution in the air. He continued to support the artists, despite being a single father with five children of his own. Impressionism was born out of a perjorative term used by the Press of the era but after the painters had organised their own collective in 1874 the term was in general use. Crucially, Durand-Ruel was the first dealer to offer monograph exhibitions which led to the expression: ‘marking the temperament’ of the individual artists. The well-crafted documentary ends on a positive note when Durand-Ruel, on the verge of financial ruin, travels to America with a selection of his paintings.

Grabsky’s film is brilliantly edited by Clive Mattock, consistently providing interest and commentary intercut with sweeping views of the collections in Paris, London and Philadelphia and accompanied by an atmospheric occasional piano score composed by Stephen Baysted. MT