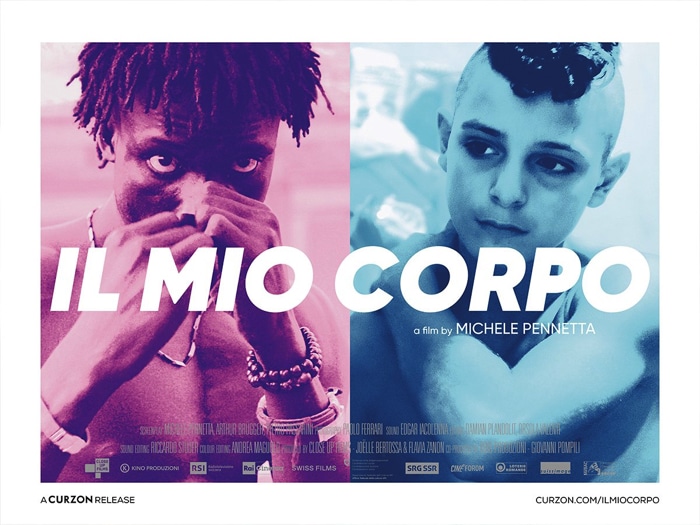 In 2012 Italy had the highest child poverty in Europe and the struggle for these kids to survive and seek a better life is the focus of Italian filmmaker Michele Pennetta. Following in the footsteps of his award-winning compatriot Gianfranco Rosi (Fire at Sea), this thoughtful approach examines lives shattered by conflict, for very difference reasons.

After Pescatori di Corpi, which looked at illegal Syrian fisherman in Italy, Pennetta’s full length documentary hybrid chronicles two parallel lives: teenagers Oscar and Stanley. Stanley hails from Nigeria and is living on a limited visa. Oscar’s mother left his overbearing father Roberto with four children, who are looked after by her sister. Oscar takes the brunt of his father’s anger while his younger brother Marco is the favourite, the family making a meagre living from collecting scrap metal from illegal dumping sites.

The poetic opening scenes see Marco unearthing a miraculously unscathed Madonna in a dump site. They heave her up onto the road, a close-up looking very much like the Jesus statute transported by the helicopter in Fellini’s Otto e Mezzo. Labels are everything in Italy and Oscar hopes to gain social traction with a t-shirt emblazoned “Member of the Club Prive”. But the magic doesn’t rub off. He remains subdued by his father’s animosity and threat to “exchange him for a black man”. An insult as mean as it is racist.

We soon learn the secret of the Prestifilippo family: Roberto accused Oscar of siding with their mother when she snitched on him to the court. The two older brothers (a boy and a girl toddler are always in the background) defend themselves: “Mother beat me, there were no toys promised, no Super Mario, she said ‘I kill you if you don’t obey'”. Roberto relents in the end: “My fault was always caring too much for you guys, your mother’s mistake was leaving for this bastard. If she loved you, she would come back.” But the family dynamics are set in stone, and Oscar will not forgive either of his parents. Later, Roberto tells his oldest son: “The truck is our breadwinner, not you!”

On the other side of the island, life is on hold for Stanley and his Nigerian compatriot Blessed. Both are affected by their visa status and Blessed’s case in still pending. Blessed is critical of Stanley: “If I had a visa, I would leave Sicily immediately”. Stanley’s response is adamant: “You are a parasite, you will be a beggar for the rest of your life.” Stanley has a point: he is eking out an existence doing jobs for the local priest, Blessed just waits for a decision to be made. Eventually the two fetch up at the local tribunal which doesn’t end well for Blessed, Stanley reluctant to translate the  the verdict. Blessed is never seen again in a poignant final sequence.

We end on a scripted passage that finally brings Oscar and Stanley together in a dilapidated farmhouse. DoP Paolo Ferrari takes major credit for the success of this melancholic story: his softly lensed images of the rugged countryside where the sun shines mercilessly, will stay in the memory for a long time afterwards. The strength of the feature lies in the contrast between the magic of this island paradise and the tragedy of its broken inhabitants, locked in a cycle of enforced indolence and resignation. Marginalised, for very different reasons, characters like Oscar and Stanley are wasting their lives away, unable to find a meaningful existence beyond hope and brief interludes of joy garnered from youthful bravado. In this craggy mountain idyl their future will be an uphill struggle. AS

IN CINEMAS AND EXCLUSIVELY ON CURZO HOME CINEMA | 11 DECEMBER 2020