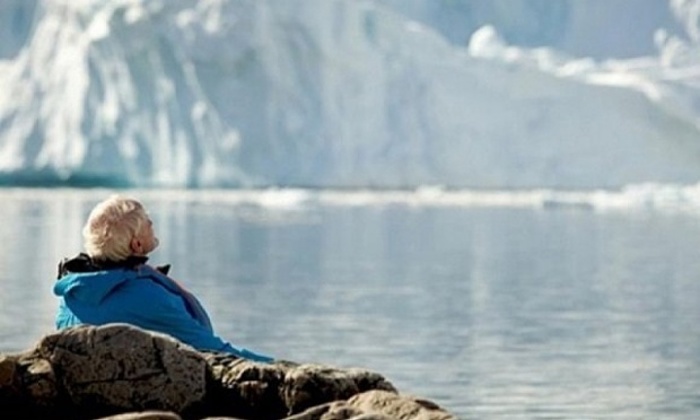 Global warming:myth or reality? Whatever your viewpoint, you cannot failed to be moved and stupified by the startling revelations of Claude Lorius, the Jacques Cousteau of climate change, who is the eco-warrior of this documentary, brought to us by March of the Penguins director Luc  Jacquet. Penguins feature briefly here but only in archive footage as Claude Lorius, now in his 80s, embarks on his lifelong mission to analyse and document the link between climate change and greehouse gases.

First travelling to the Antarctic in 1953, he has spent the past half century drilling into the ice to research his findings in order to prove slowly, surely, but beyond doubt, the subtle changes that are so critical to the future of our Planet.

Jacquet’s documentary flies in the face of climate change deniers and yet there’s nothing inflammatory or vehement about his claims or the calm method with which he presents them. The tone is sombre, rational yet quietly affecting. Enduring extremes of hardship and deprivation with his colleagues –  he jokes how they ‘banned’ bads moods – and footage sees them entertaining each other during the long periods closeted in their communal heated room, salivating over descriptions of haute cuisine from the Michelin Restaurant Guide 1952 and even using “ancient ice” in a whisky toast later leading to the discovery that trapped air in the ice crucially reveals its gas content.

What emerges from his findings is based on the realisation that the ratio of “light” hydrogen atoms to “heavy” in each snowflake is closely linked to the ambient temperature of the day of the snowfall – hence the dawn of the isotopic thermometer. Through his meticulous and painstaking discoveries, Loriet builds a body of evidence that’s overwhelming in its plausibility. And Loriet seems to genuinely revel in his work, embracing the challenges and enjoying the friendships forged during his lengthy trips to the Polar regions which take his away from his wife and children for a total of 10 years.

Stephane Martin’s sparkling images makes this a feast for the eyes, but it’s not just another pretty eco-documentary: Jacquet collates his film in a powerfully cogent way that knocks the cosy smugness of denial imdustry into a cocked hat, challenges us in its final moments with an uncomfortable wake-up call: “Now that you know, what are you going to do?” ICE AND THE SKY is potent and unsettling. MT