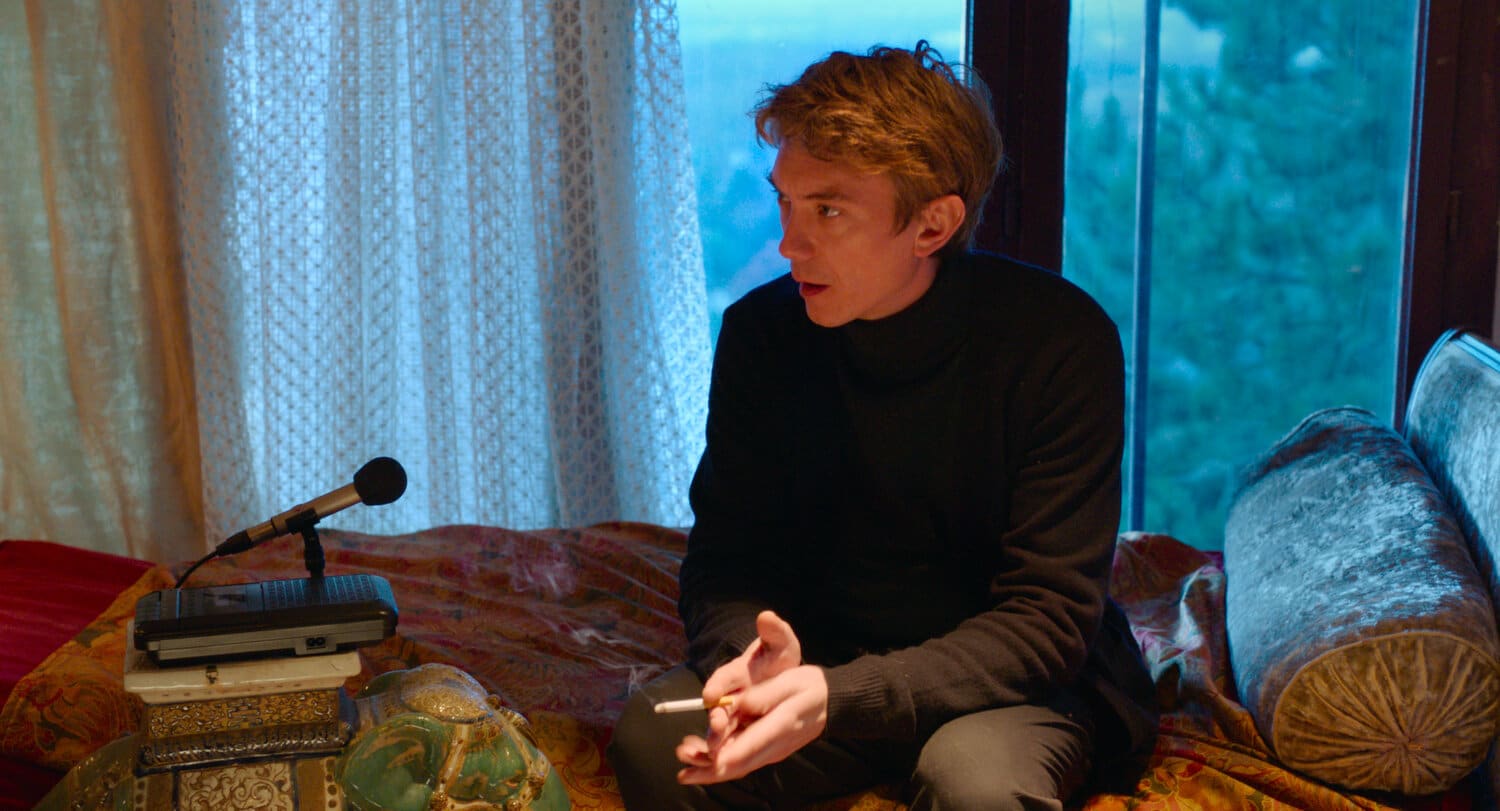 US born, French director Claire Simon explores one of the most obsessive love affairs in literary history: between Marguerite Duras (1914-96) and her much young partner Yann Andréa (1952-2014) that continued for sixteen years despite the age difference and his being gay.

Simon draws her material from the 1982 interviews made by Duras’ close friend, the writer Michèle Manceaux, who became Yann’s confidante in Neauphie-le-Chateau. The intimate two-handed drama sees a chain-smoking Yann (Arlaud) talking to Marie Claire columnist Manceaux (Devos) while the tape recorder is running. All this is intercut with archive footage and wordless dramatised sequences where the two lovers are pictured in romantic rendezvous. After Manceaux’ death, Yann entrusted the tapes to a friend who later handed them over to Andréa’s sister Pascale Lemée in 2015.

Marguerite Duras is possibly best remembered for her script of Alain Resnais’ Hiroshima Mon Amour.  But it was in Caen during a 1975 screening of her film India Song, starring Delphine Seyrig, that she met postgraduate student Yann Andréa. He was an avid fan of her novels and initiated a – mostly one-sided – correspondence with Duras for the remainder of that decade. Then, in 1980, Duras invited Yann, who was gay, to live with her in a hotel in Trouville. Thus began an extraordinary relationship which lasted until Duras’ death sixteen years later.

Covering more or less the same ground as Josee Dayan’s Cet Amour Là, starring Jeanne Moreau as Duras and Aymeric Demarigny as Andréa, based on Andréa’s memoire, the interview is a sharp reminder of the closeness of love and death. Manceaux insistently but gently probes him with personal questions, Yann confessing “total love for Duras and her work. It was eternity that completely belonged to me. Passion yes, but passion struck by death”. He would leave his job, apartment and friends to be with Duras and was soon eclipsed and dominated by her. He tried to pull back, ending the relationship several times and even attempting suicide. Duras challenged his sexual orientation: “I am not just a writer, I am also a woman. You are not gay, I am all your desire”. Yann was soon convinced that his homosexuality was a form of solidarity that allowed him to escape his true feelings. But it went much deeper than that: “She was the master. She re-created me. And un-created my old self, to create me.” Passion and fiction overlapped. “I existed but at the same time I felt projected into her imagination.”

Duras emerges a bit of a control freak, reformulating her lover, changing the way he dressed and even his perfume, discouraging his personal friendships and forbidding him to read any  novels but her own. Even his rapport with Manceaux “felt like a betrayal of her”. His entire existence was subsumed by Duras, who opined “You only exist through me”. Yann felt like the main character in her book ‘The Malady of Death’. Andréa also played a part in Duras’ film L’Homme Atlantique (1981), “but I realised later, that she made me die by filming me; always in a chair, never moving. And finally, Yann actually felt inadequate and unable to satisfy his lover: “Maybe I love her less than she loves me, I am always a step behind, she wants to raise me to her intensity. She sees that I can not do it. That hurts her a lot.” But whatever went on between them Duras set him a monument in words: ‘Yann Andrea Steiner’, her final book.

DoP Céline Bozon uses a gap in the interview (which went on for two days) to focus on the countryside settings where Yann is pursued by alluring men. Enlivened by paintings of the couple’s sexual relationship and excerpts from India Song and L’Homme Atlantique this is a captivating piece of filmmaking that avoids sensationalism in portraying a remarkable, real-life relationship between a man and a woman. AS