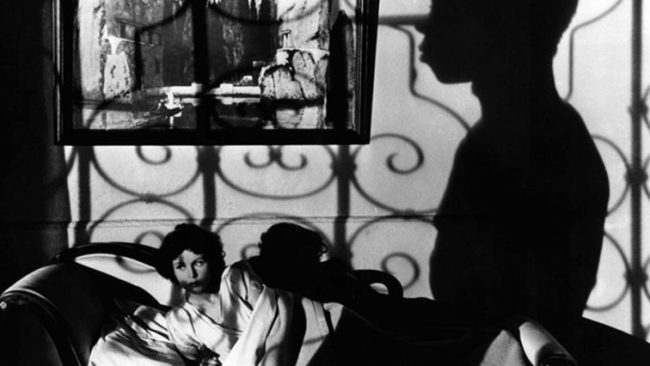 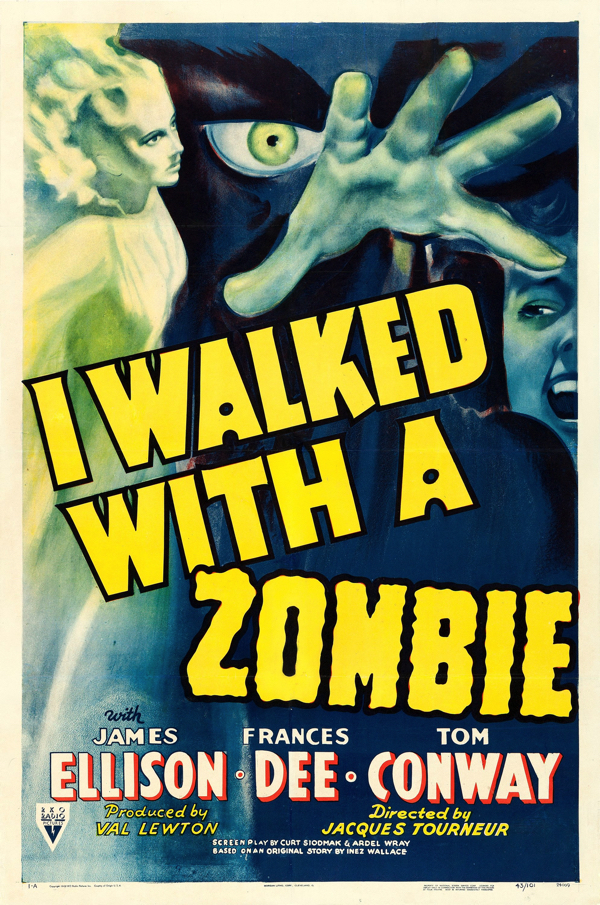 Jacques Tourneur was another master of shadow-play. It lends a chiaroscuro delicacy to this sultry Caribbean take on Jane Eyre that sees a tormented soul suffer in an atmospheric zombie outing made in the same year as The Leopard Man in the RKO studios in Hollywood .

Well aware of the high-grossing heft of the horror genre, RKO has already coined the movie’s title but producer Van Lewton, who had been hired by the studio to pioneer a line of horror outings, had something much more intriguing in mind than a schlocky shocker. Ironically the producer was a dreamer, whereas the director was very much the pragmatist, and his second collaboration the Jacques Tourneur, and DoP J Roy Hunt, is a lushly surreal and nuanced arthouse treasure that is so much more beguiling than its name initially suggests.

While war was raging in Europe the characters in the tropical plantation of St Sebastian are experiencing unease of a different kind, that that affects the mind as well as the body. Naive Canadian nurse Betsy Connell (Frances Dee) arrives on the island to take up a position with the Holland family, and is immediately drawn to the masterful charms of Paul Holland (Tom Conway), her Mr Rochester-like employer. At nightfall Tourneur’s shadowplay casts an alluring spell over the island, and Betsy’s catatonic charge (Jessica Holland) floats by in a flowing white gown. She makes for a particularly sinister anti-heroine with her extreme height and sublime expression (Christine Gordon never says a word but is sublime all the same).

Betsy also has to contend with Holland’s alcoholic half-brother Wesley Rand (James Ellison), and his missionary-style mother Mrs. Rand (Edith Barrett). This is clearly another dysfunctional family, and it soon transpires that Wesley and Jessica have had an affair, and the moralistic Betsy sees it as her divine duty to bring Holland and Jessica back together, as an act of higher love on her part. But it’s not a straightforward as it all seems: This no Canadian backwater, but the exotic West Indies where witch doctors and voodoo priests hold sway. And Jessica is under their powerful influence, reduced to a Zombie and lured away from the confines of the Holland estate and into the savage jungles beyond. Betsy’s St Sebastian maid, Alma (Teresa Harris), suggests taking Jessica to the local voodoo priest, but this only leads to tragedy ironically releasing Paul from his marital torment. The characterisations are surprisingly complex given the era, Tom Conway’s Paul demonstrating tremendous insight into his male condition avoiding racism or toxic masculinity, and the islanders are seen as more than just colonial cyphers, Teresa Harris makes an appealing Alma and Darby Jones projects a really affecting malevolence as Carrefour.

Ultimately though Tourneur’s direction is the star turn here: he creates exquisite visual magic in the windswept and eerie locations, so much so that Curt Siodmak’s enigmatic outcome feels almost irrelevant. And the pounding score of drums adds just the right touch of exotic danger to make this one of the most poetic and ravishing zombie films ever made. MT