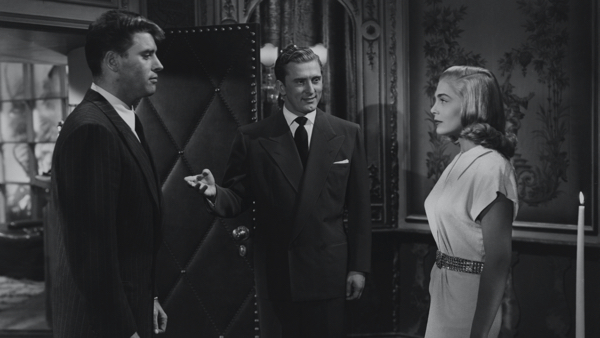 Yet another choice rarity unearthed by Talking Pictures. Burt and Kirk’s first movie together belongs to the very brief period when Lancaster (who is for once permitted to tower over Douglas) played bullet-headed, blue-chinned tough guys (here carrying a huge chip on his shoulder having finally emerged from fourteen years in the slammer), and Douglas slick but shifty desk villains.

I Walk Alone is also historically significant as Byron Haskin’s return to the director’s chair after twenty years as a cameraman and special effects photographer at Warner Brothers; but being a Paramount production Edith Head was on hand to slinkily attire Lizabeth Scott. Richard Chatten.