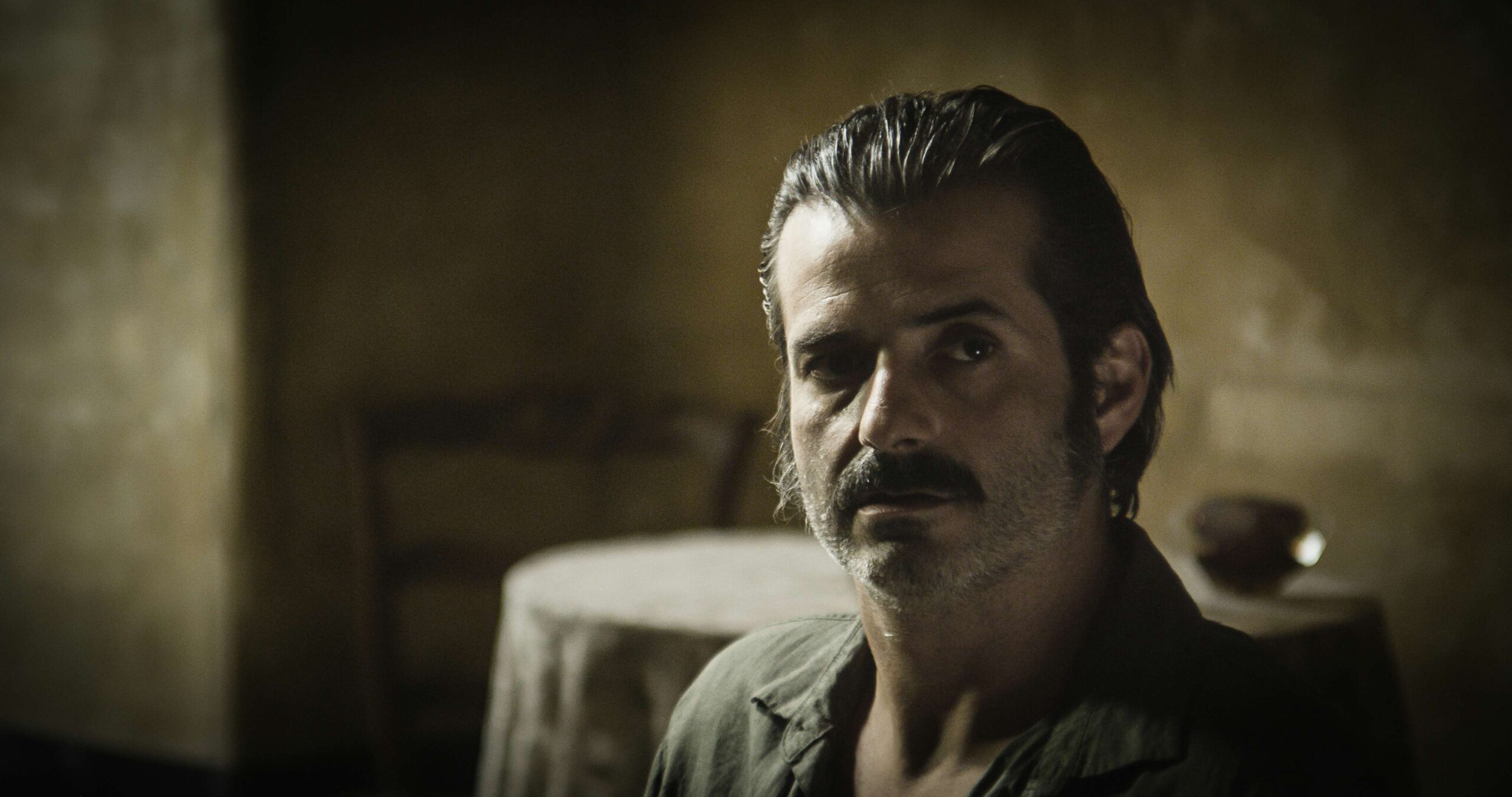 The Giants is an Italian-Western Noir set in the famous Casa Flores in Thiesi where men come together to share their grimly nostalgic stories of violence fuelling a party for the doomed.

Stefano (Deffenu) is maudlin: his girl friend has left him with their daughter, and all he gets is a beating by her relatives. Stefano dreams up a great revenge story: he will visit the two women, who live in house near the railway tracks, the mother will not let him into the house, and, left alone with his daughter, he will throw himself under the approaching train. This way, he hopes, the daughter will hate her mother for ever, because she did not let her father into the house. It shows, that Stefano has been an actor once, he even remembers Mayakovski. After Stefano dies overnight, the trio of seven – for a short while two sex workers had joined hem, but fled the violence – becomes even more violent, fuelled by meth and alcohol. Dreams of a great drug deal are certainly wishful thinking. Ricardo (Bombagi), the youngest listens to vinyl records, and seems to be the most adjusted – before he lays into abstruse stories about Stefano’s burial. A foreboding funeral procession passes the house, and enigmatic, repeated shots in a bowling alley, featuring one of the sex workers, are the only times, the outside world intrudes into the Huis clos of self-pity and stories from a violent past. The re-enactment in the house is as bizarre as sadistic.

This is certainly a labour of love by Angius, who revels in a free-for-all re-union, sparing none of his protagonists. They are a motley crew from the outset, only held together by a guilty past. There are not so much twists and turns, but a deterioration of personalities, their desultory behaviour oscillating between drug induced tiredness and ultra-violence. Lacking a certain structure, might be even helpful in this case. Angius shows his protagonists as a lot of regressed children, who should be packed to bed by their mothers. An idiosyncratic original. AS