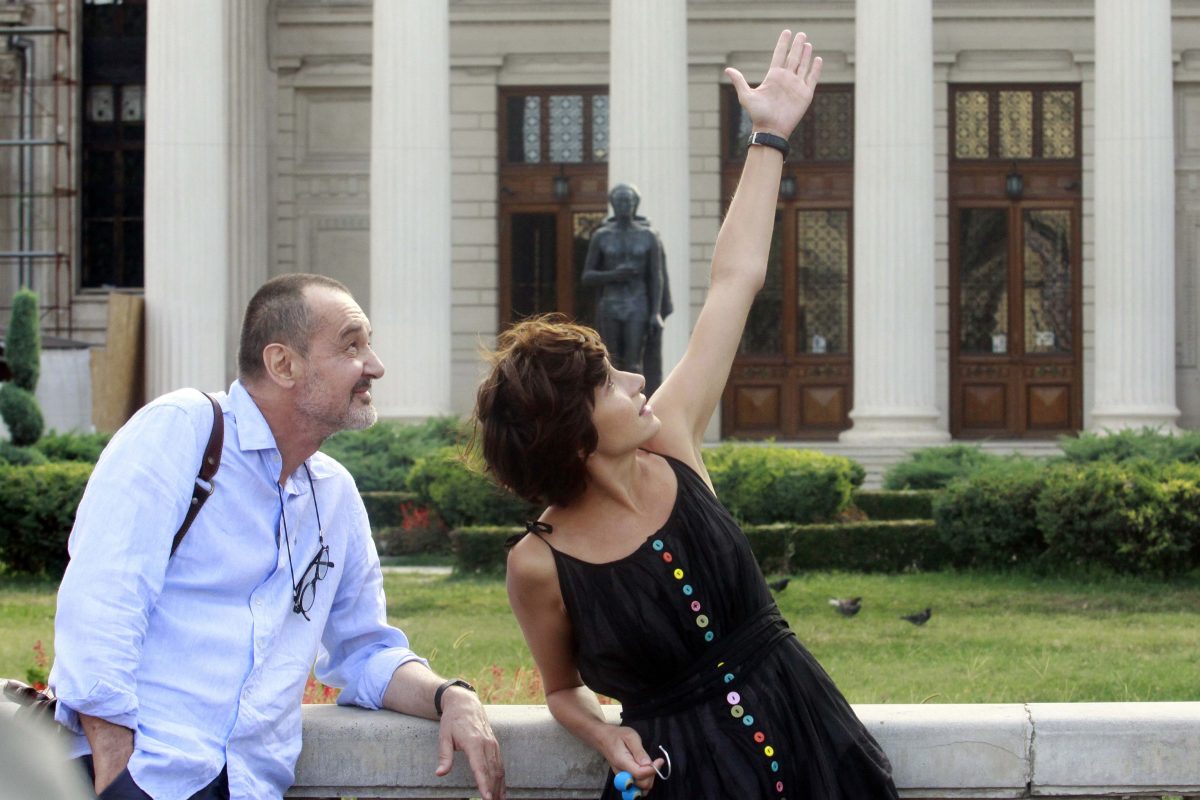 After his contemplative paean to Romania’s lost Jews (Dead Nation), and Berlinale winner Aferim!, a drama exploring life in 19th century Jewish settlements, Radu Jude is back with another playfully bolshy and bruising indictment of ethnic cleansing, this time concerning the events leading up to the Holocaust.

Romania was as a Nazi ally – along with several other European countries – and it’s a subject that is close to his heart, and one that has divided his homeland. The film’s title refers to the words spoken by the Council of Ministers in the Summer of 1941 that announced another episode of genocide, this time on the Eastern Front. History always repeats itself and Radu Jude choses to depict this tragic era with a dark and spiky farcical doc-drama that recreates the tragic events on the Eastern Front preceding the Holocaust

Set in contemporary Romania this experimental film within a film takes the form of a theatre production incorporating archive footage, lengthy critical diatribes Godard style, all driven forward by the feisty character of Mariana Marin (Ioana Iacob in her debut). This is a comprehensive and ambitious piece of meta-filmmaking but its sprawling verbosity and indulgent running time makes it sometimes heavy going.

We first meet Mariana in the grounds of Bucharest’s National Military Museum as she is preparing to stage her outdoor theatrical extravaganza based on the tragic events of Autumn1941 when Romanian troops joined Nazi forces to wipe out some 30,000 Jews in the Ukrainian city of Odessa. The military dictator Ion Antonescu had sanctioned the routing before going over to the German side in 1944. In the event roughly 400,000 Jews, Roma gypsies and other ethnic minorities were massacred.

As in many other European countries, antisemitism is still rife even today and this sentiment is echoed during Mariana’s rehearsals when some of the non-professional extras voice their concerns about acting alongside Roma gypsies and even challenge her version of events as proceedings almost turn into a bun fight. Meanwhile, Mariana’s complex love life with her married airline pilot Stefan (Serban Pavlu) is threatening to cause

Also taking part in the production is Romanian theatre veteran Alexandru Dabija (Afterim!) who plays Movie and tries throughout to pacify the public by appealing to Mariana to adopt a less controversial take on the Odessa massacre, namely one that doesn’t offend Romania’s wartime heroes. Sparks fly as the two engage in a dialogue that pays homage to Hannah Arendt, Elie Wiesel, Steven Spielberg,  Leni Riefenstahl et al in lively scenes captured by handheld cameras accompanied by an ambient score. Not an easy film to engage with but a worthwhile effort to bring these controversial events to the public domain. However, with its 140 minute running time this is a docudrama that may prove commercially unviable for most arthouse cinemas and will likely find its viewers on home entertainment front MT