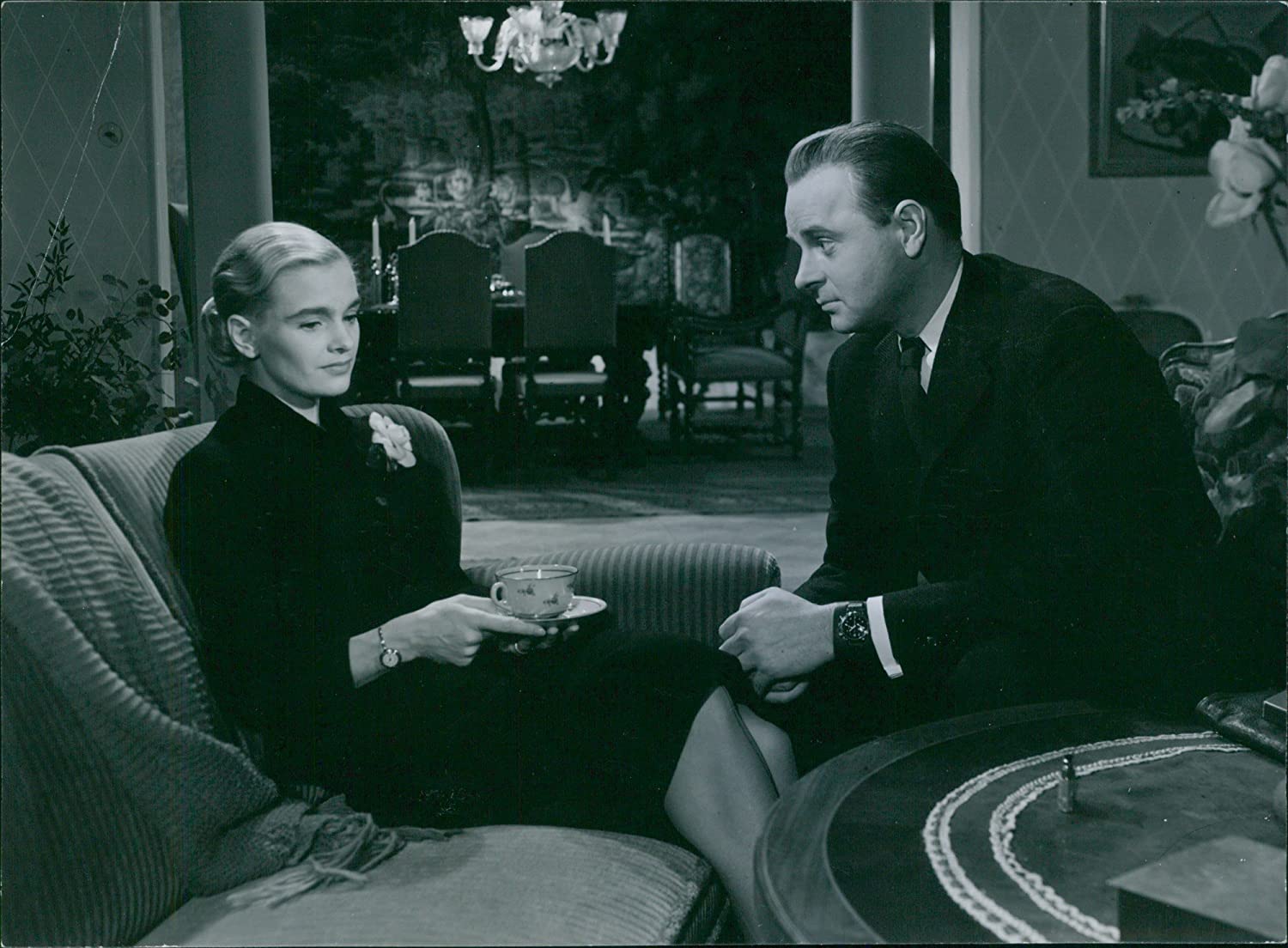 A valuable collection of films by the Swedish director Lars Eric Kjellgren have recently appeared on Netflix, including this rather stylish arthouse noir starring Eva Henning as the kittenish femme fatale Lora (a Nordic Lizabeth Scott).

Based on his own novel Vic Suneson’s script begins as Lora is driving away from her comfortable mansion where her husband Walter (a rather ghoulish Georg Rydeberg) is later discovered shot dead. But the murderer remains a mystery as the glacially elegant Lora demurely teases a coterie of locals – including an earnest detective (Sven Lindberg) and a ludicrous pair of old biddies, into solving the crime.