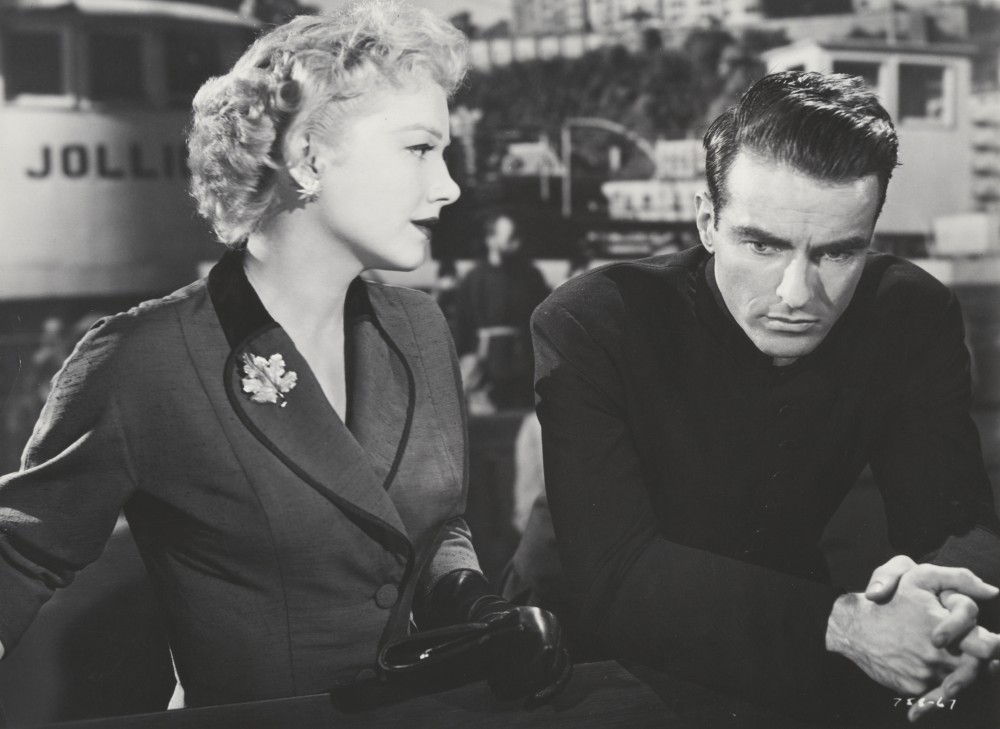 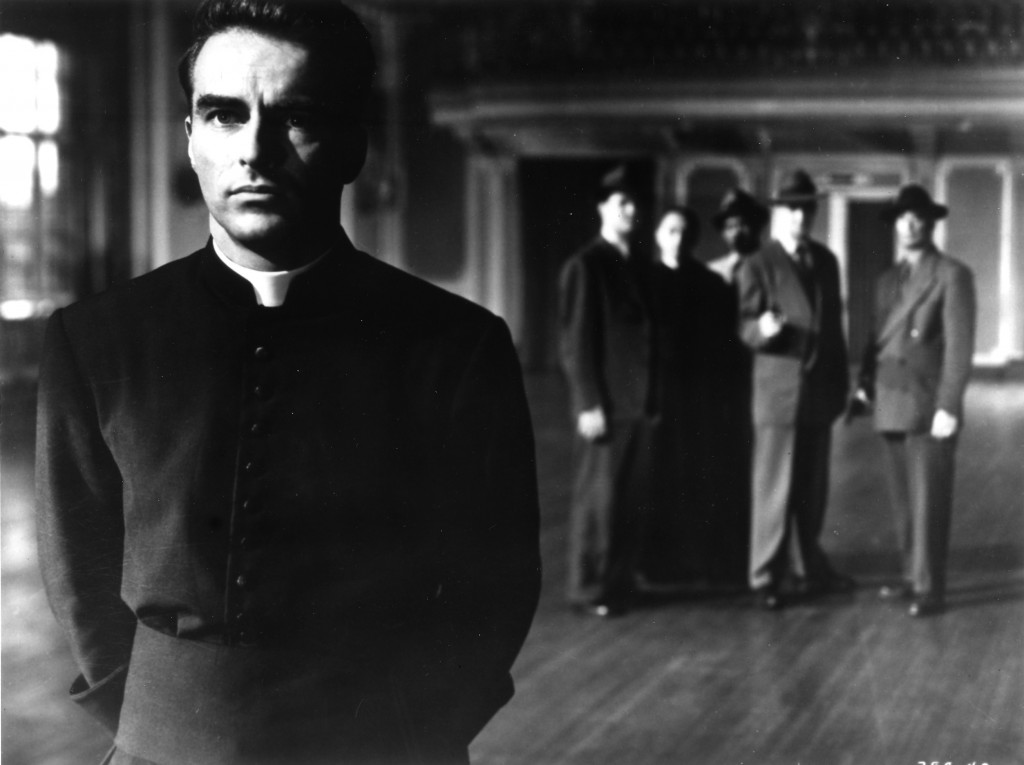 By 1953, Hitchcock was over 20 years into his career and Montgomery Clift was arguably the biggest up-and-coming star in the Hollywood firmament, hot off the back of A Place In The Sun. Clift was also one of the original ‘method actors’, something that at times drove Hitch up the wall; when he would ask Clift to look in a certain direction for the camera, Clift might resist, claiming his character wouldn’t have any motivation to do so. Hitch never really understood that as an option.

But Hitch knew he was onto a good thing with Clift. A troubled closet homosexual who battled severe drug and alcohol addiction until his untimely death, aged just 46, he was also beautiful, and every inch a star.

Regarded by many as one of Hitchcock’s most underrated films, I Confess is a simple yet brilliant conceit; a man admits to murder to a priest during confession, in the knowledge that the priest is thereby silenced and cannot turn him in to the Police.

The wonderful Karl Malden plays the logical, dogged policeman trying his best to unravel the riddle, with a priest unwilling to help and evidently hiding something. Clift who, it must be said, is the most unfeasibly handsome priest you are ever likely to see, a man of the cloth, unimpeachable, predating all the scandals that have rocked the church since, with his faith utterly in God.

The cast is superb throughout, with Anne Baxter, Brian Aherne and O E Hasse, but also a bonafide German star in Dolly Haas, who gave up her life and career in Germany when she married an American caricaturist, here playing the relatively minor but nevertheless key role of Alma Keller, a role named incidentally, after Hitch’s own wife.

He was by this time at the height of his powers; I Confess is wedged into the canon between Stage Fright, Strangers On A Train and Rear Window and To Catch A Thief. ‘It’s a dark film, with the exteriors shot in Quebec, where Hitch made the most of the architecture as an atmospheric additional character in the film.

Hitch himself grew up in a very strict Roman Catholic family, so was exploring territory very familiar to him and it’s also widely accepted that this film was a forerunner to his much more famous 1956 The Wrong Man, starring Henry Fonda.

But it’s Clift’s superb central performance which makes this movie; the depth and conviction that he brings to the role. Clift was already a deeply troubled alcoholic by 1953 and, just three years later, he smashed his face up in a terrible car crash. He survived with extensive reconstructive surgery, but lost his looks. By 1966, he was dead. The famous acting teacher, Robert Lewis, called his death ‘the longest suicide in history’. Everyone could see it coming, but no one seemed to be able to do anything to prevent it.

So many Hollywood stars are pretty, but very few have the acting chops too. Both Marlon Brando and James Dean looked up to Clift; that’s how influential he was and ‘I Confess’ is a superb opportunity to celebrate him at the height of his looks and lose yourself in his undoubted charismatic ability. Enjoy. AT

The brilliant talent of Montgomery Clift, with us for such a short time, blossoms here at its brightest in Hitchcock’s I Confess.