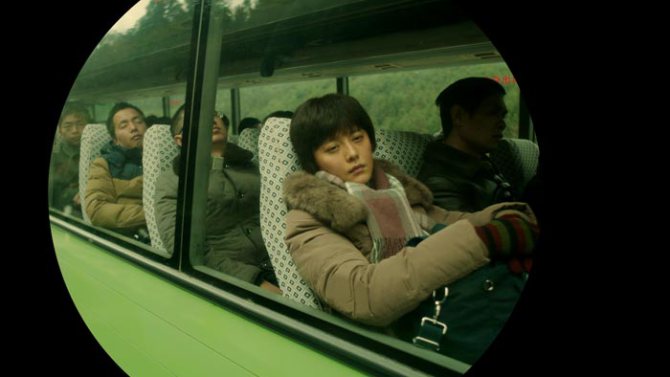 Director Feng Xiaogang (Back to 1942) and writer Zhenyun mock the Party bureaucrats but fail to give justice to the main character Li Xuelian, a woman fighting the law of an entire country, when she is wronged by her ex-husband.

Ten years ago Li Xuelian (Bingbing) and her husband Qin Yuhe got a fake divorce, the plan was to obtain another property. But after the divorce, Qin fell in love with another woman, and Li took him to court, to have the divorce annulled. But Judge Wang Gongdao (Peng) rules that the divorce stands; later Qin Yuhe calls Li a whore in front of his friends. A decade later, Wang is Chief Justice of the country, whilst Li is still protesting the court ruling at the Party Congress in Beijing. Wang asks the chef Zhao Datou (Tao), who had a crush on the young Li at school, to keep the woman away from the Congress. After raping Li, who tells him, “in spite of the rape this was the best sex I ever had”, she nevertheless leaves him when it emerges that he is spying on her on Wangs’s behalf. Much too late we learn at the end that the first divorce caused Li to have a miscarriage, and that she is fighting the courts on behalf of her unborn child.

Overlong and openly misogynist, the only saving grace is the innovative camerawork of DoP Pan Luo (Old Fish), whose circular images are a joyful reminder of silent films. But this does not compensate for the many issues director and writer have with women and their representation. AS