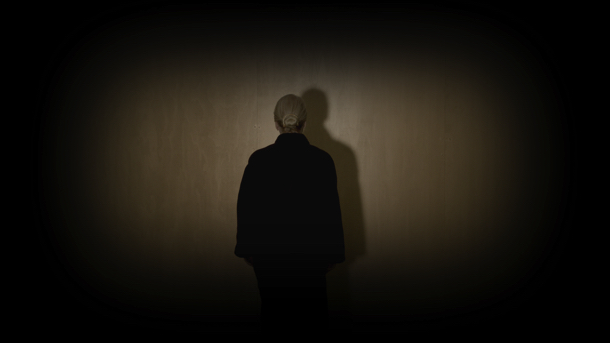 Returning after a thirty absence to his home city of Belfast, director Mark Cousins (A Story of Children and Film) creates a rambling portrait of the city. Through the mouthpiece of a middle-aged woman wandering the streets, I AM BELFAST reflects on the past, present and particularly future of a city where 3800 lives were lost in sectarian fighting between the early 70s and 90s; and a third of the population, 120 000, simply left.

The cold facts are harrowing, but Cousins’ portrait is a moody, romanticising and often enigmatic feature. Helena Bereen, the woman in question, literally “is” Belfast, ten thousand years old and still going strong, even though late on into the film, the director lets us know, that she really died in the 1950s. These sorts of contradictions are a hallmark of this documentary. Cousins treats the city and its harrowing history like a work of art: open to interpretations, and full of unsustainable optimism. There is street theatre – laying the last bigot to rest – and clips from Jack Arnold’s The Creature from the Black Lagoon. The Titanic, which was built in Belfast, is shown, so are the reconstructed icebergs, which were her undoing, followed by humour along the lines ‘she was okay when she left’. Old newsreels show a bustling place; and two men pass each other near McGurk’s bar, now just a façade: we learn that the owner’s wife and children, among others, were killed in the bombing – followed by a cousin musing “a crime scene, a rhyme scene, a time scene”. Very existential, indeed.

Worst of all is Cousins’ treatment of the sustained violence during two decades: Bereen/Cousins call it a fight between the “salt and the sweet”, never mentioning the organisations of the perpetrators by name. For crying out loud: “Sweet” is hardly a word associated with any of the armies of two religious factions killing men, women and children in the same of the same God. Only once, for a couple of minutes, does Cousins faces reality when he shows the “peace walls”, some of them twenty metres high, which criss-cross the city, keeping Protestant and Catholic apart. Obviously it did not occur to the director that the East German Stalinists, who built the Berlin Wall, called their monstrosity the same name: “Peace Wall”. Instead of spending more time on the Belfast Walls (some of them a combination of five different deterrents), Cousins lets Bereen maunder on about the arty future of the place.

With music by David Holmes, DOP Christopher Doyle falls in with Cousins to create a wishful, mellow portrait of a city which is still, twenty-five years after the civil war ended, anything but peaceful. Cousins’ arty collage is wishful-thinking at best – an historic confabulation at worst. AS

OUT ON GENERAL RELEASE FROM 8 APRIL 2016 AT BFI SOUTHBANK, BARBICAN, QFT BELFAST, HOME MANCHESTER AND SELECTED CINEMAS AND BFI PLAYER.