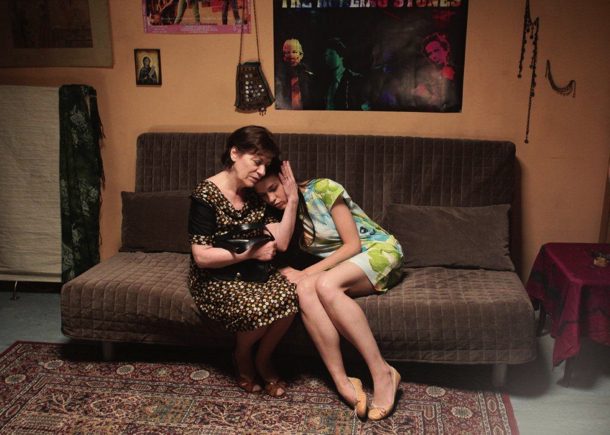 Communism and the Ceausescu dictatorship were not popular in Romania, for obvious reasons, but Emilia, the central character of this New Wave drama from old school director Stere Gulea (Weekend With My Mother 2009), remembers the time with a great deal of nostalgia. And nostalgia and selective memory of the good old days are the themes that permeate this unevenly-paced but subversively touching drama told as a simple linear narrative and graced by Vivi Dragan Vasile’s luminous visuals, capturing the naturalistic location. These limpid, summer  colours evoke the predominantly upbeat and serene feel of the piece.

But not all the old people here remember communism fondly.  Dna Stroescu, a local dressmaker (beautifully played by Valeria Seciu), claims it prevented her from pursuing a career as a painter, adding contrast to Emilia’s view. But for those cherishing family life, security and full employment, the era had a great deal to recommend it and Luminita Georgiu’s Emilia (a modest character compared to her flagrant role in Child’s Pose) now retired and in her early sixties, enjoyed bringing up a family, holding down a factory job and now lives quietly with her husband Tucu (Marian Ralea) in a small Romanian village. Looking forward to a visit from her pregnant daughter Alice (Ana Ularu – Anaconda 4) and fiancé Alan (an amusing Collin Blair) from Canada, she is also taking part in a documentary being filmed in the village, about August 23rd, a national holiday before the 1989 Revolution in Romania.

When she hears about Alice’s shaky job situation in Canada, a free economy, she starts to peddle communist propaganda to her, putting a selectively rosy spin on her own past in the dark era of Ceausescu.  These ‘golden’ memories are seen as bleached-out black and white flashbacks depicting Alina as a little girl with the young Tucu, when the dictator purportedly visited her factory and are accompanied by Henning Lohner’s rousing original score.

Alina’s homecoming exposes cracks in her daughter’s relationship with Alain and meditates on the merits of New World capitalism versus Old World solid family values and traditions with intelligence and surprising insight. MT

REVIEWED AT THE LONDON ROMANIAN FILM FESTIVAL 2013 | NOW ON DVD