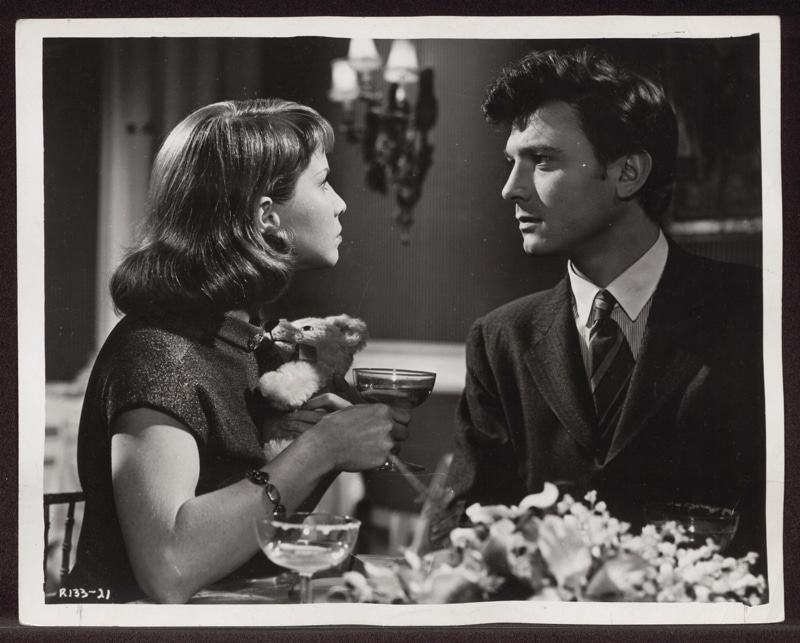 I Am A Camera is based on Christopher Isherwood’s 1939 novel Goodbye to Berlin and John Van Druten’s 1951 Broadway play adaptation but somehow never escapes the confines of the stage in this chamber piece evoking Weimar Berlin in the early 1930s. South African director Henry Cornelius travelled to Europe where he made five memorable features and this fourth one has Julie Harris as one of Broadway’s greatest nightclub chanteuses Sally Bowles who finds herself sharing a tiny room with Laurence Harvey’s Isherwood. John Collier’s waspish script certainly nails down the animated exchanges between the flatmates but is less successful in capturing the social and political zeitgeist of pre-war Berlin than the novel which although more authentic than the Oscar winning musical Cabaret (1972) will always eclipse it entertainment wise.

Bowles is a simpering, irrepressible diva down on her luck recalled by Isherwood (in voiceover) in the film’s Bloomsbury-set opening sequence at his book launch, with the action flashes back to a wintery 1931 Berlin where she charms the earnest and unsuspecting intellectual into a doomed arrangement, playing on his better nature and ultimately leaving him exasperated when his half-hearted attempt at seducing her goes pear-shaped: “A puritan all of a sudden, or just where I’m concerned”.

The film is most entertaining when Bowles drags the penniless Isherwood into a cocktail bar where they meet moneyed American Clive (Randell) and Patrick McGoohan’s hydro-therapist, although Shelley Winters and Anton Diffring are less convincing as the Jewish lovers Fritz and Natalia who are haunted by the growing threat of Nazism.

Obviously there are no allusions to Isherwood’s sexuality it being the 1950s, this is played as a purely platonic relationship where Isherwood (and the audience) is gradually more and more irritated by Bowles’s flirty behaviour. MT