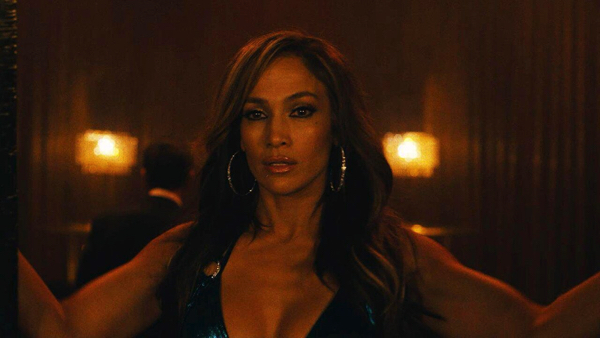 Hustlers sees a group New York strippers having to change their modus operandi after the big financial crash of 2008.

Director/writer Lorene Scafaria (The Meddler) bases her female centric drama on a magazine article by Jessica Pressler. We first meet Ramona (Lopez) in the ‘good’ days before everything went bust, helping new girl Destiny (Wu) to adjust to life in an upmarket strip club. The two bond and are later joined by Mercedes (Palme); Annabelle (Reinhart, and Cardi B. Wu has been a particular victim of the meltdown, saddled with an ailing grandmother and a daughter.

Years after the crash, Ramona comes up with the idea of spiking the drinks her now thrifty Wall Street clients, then stealing their credit cards in the hope their guilt will prevent a visit to the police. This wishful thinking ploy holds for a long time, before the law finally arrives on the women’s doorsteps.

Billed as another Wall Street feature in the shape of The Big Shot or Margin Call, see from the other end of the food chain, Hustlers has too many clichés and a flawed narrative to make it a real winner. Scafaria’s clincher was to sell us the strippers as ordinary working class women, fallen on hard times but this does not work at all, as the strippers are fallen women through and through, spending their illegal profits on cars, fur coats and luxury bags. Their characters are underdeveloped to the point of parody. And the sisterhood is finally dismantled when Scafaria introduces a journalist (Stiles) to interview Destiny for a newspaper. This is a feature that roots for nobody, and that’s why ultimately it fails big time. Todd Banhazl’s images underline the crass caricature of it all, and the more than generous running time does not help either. AS

ON RELEASE from Friday 13 September 2019