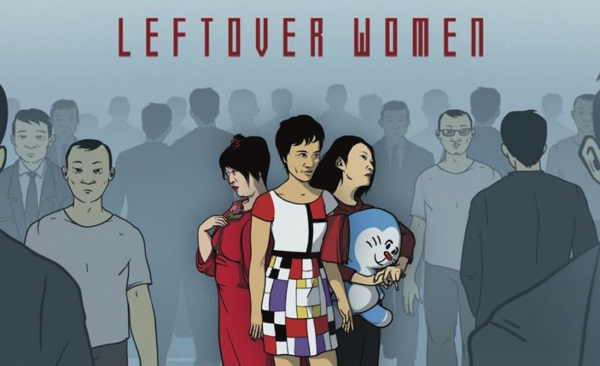 The Human Rights Watch Film Festival is about documentaries and dramas that celebrate courageous people and those affected by Human Rights issues in their countries – which this year include: Armenia, Australia, Bangladesh, Bolivia, China, Guatemala, Germany, Iran, Macedonia, Mexico, Peru, Romania, the United States, and Vietnam. Ten of the 14 films selected for this 24th edition are directed by women.

In this latest online London Edition nine (out of 14) films will be streamed to UK audiences from 22 May until 5 June and each film has a live Q&A webinar discussion scheduled. For anyone wanting to get that festival feeling of watching a film followed immediately by a discussion, the festival has recommended timings to start streaming each film title, details here:

https://ff.hrw.org/london-digital-edition. Otherwise there is also a handy list of the free live Q&A’s here:

Here are some of this year’s highlights:

Shot entirely on three mobile phones, MIDNIGHT TRAVELER follows the traumatic journey of Afghan filmmaker Hassan Fazili as he and his family escape across Europe from their homeland. It is not their choice to flee, and they are not doing so on economic grounds. Hassan’s life is in danger from the Taliban due to a fatwah.
Indigenous rights come under the spotlight in Claudia Sparrow’s doc MAXIMA which has been a favourite for audiences all over the festival circuit. It tells the story of Máxima Acuña (winner of the 2016 environmental Goldman Prize) a free-spirited and courageous woman who owns a small, remote plot in the Peruvian Highlands near another owned by one the world’s largest gold-mining corporations. The charismatic and indomitable Maxima is determined to preserve the rights of the locals in this stunning natural environment. (not in online selection)
China’s now-defunct ‘one only’ child policy has left millions of single women under immense social pressures to marry quickly, or be rejected by society. This crisis is explored in depth through the lives of three women in Hilla Medalia and Shosh Shlam’s LEFTOVER WOMEN (2019) that won the Best Director and Editing prizes at the Tel Aviv documentary festival DocAviv last year.

When she was 12 years old, the actress and filmmaker Maryam Zaree found out that she was one of many babies born inside Evin, Iran’s notorious political prison; Maryam’s parents were imprisoned shortly after Ayatollah Khomeini came to power in 1979. BORN IN EVIN cuts to the chase with an appealing and lyrical approach that sees Zaree confronting decades of silence in her family to understand the impact of trauma on the bodies and souls of survivors and their children.

As witnesses of the genocide of over 200,000 indigenous people, the Mayan women of Guatemala act as a bridge between the past and present in César Diaz’ Caméra d’Or-winning debut drama, OUR MOTHERS which follows Ernesto, a young forensic anthropologist who is tasked with identifying missing victims of Guatemala’s 36-year civil war. While documenting the account of an elder Mayan woman searching for the remains of her husband, Ernesto believes he might have found a lead that will guide him to his own father, a guerrillero who disappeared during the war. (Not in selection)

Rubaiyat Hossain’s impressive debut drama, MADE IN BANGLADESH, is the final film on Friday, 20 March. Best known for her 2011 film Meherjaan (2011) the director draws on her own life experience as a women’s rights activist, shining a light on the oppressive conditions in the clothing industry through the story of Shimu and her efforts to create a trade union against all odds. The screening will be followed by an in-depth discussion with Rubaiyat Hossain and special guests.

The films are streaming through CURZON HOME CINEMA and the cost is £7.99 for the majority. The Q&As are free.