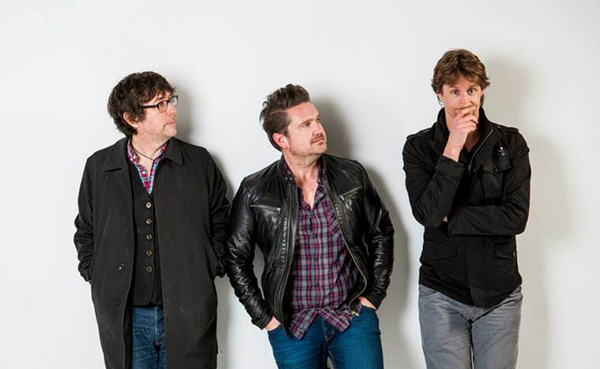 Back in 2008, Australian film editor Thomas Meadmore wanted to direct his own film. He chose his boss, TV director Tony Jackson, and his girlfriend Amanda Medica as subjects, since both were aspiring singers/musicians. As it turned out, his efforts did affect him professionally and personally, and, as the title suggest, not for the best.

The Melbourne set documentary might not be an aesthetic masterpiece and first timer Meadmore certainly knew very little  about himself or his subjects, not to mention his total lack of empathy, but his honesty somehow saves this rugged undertaking. Whilst it soon becomes clear that Meadmore’s filmmaking skills are not much above your average home movie maker, he is obviously oblivious of his failings, and instead attacks both Jackson and his girl friend Amanda, telling his boss that he lacks talent as a singer and is far too old at the age of forty to start a career as musician. He then accuses Amanda of a lacking motivation, even though she has to earn her living as a waitress on top of her music career.

Meadmore’s arrogance is as surprising, as his lack of awareness: he is shocked that Thomas and Amanda resent him and it’s hardly surprising that the two split up fairly early on in the proceedings. Interviews with Jackson’s ex-wife, and conversations with his sister again show Meadmore as an overreaching self-starter with strong opinions, but few skills as a filmmaker and even less as an human being.

Meadmore comes over as control freak and manipulator, who has little going for himself, apart from his brutal honesty, which is underlined in the credits, when How to lose Jobs & Alienate Your Girlfriends is called a selfie/film. It is, alas, very much the first. In spite of himself, Meadmore somehow manages some scathing humour, but overall this is just an exercise in self-glorification, aspiring filmmakers can safely use the film as a model of how not proceed. AS