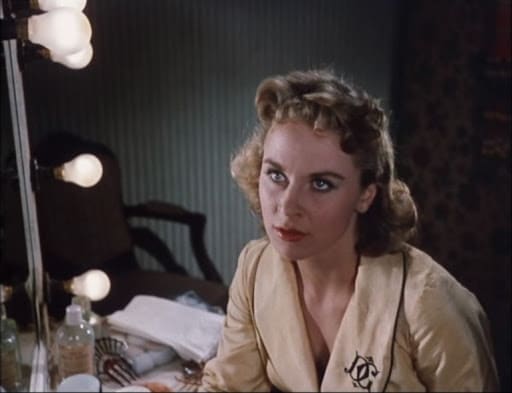 The words “A British Film” ironically appear at the start over a shot of the Arc de Triomphe; and it’s Harry Waxman’s atmospheric fifties Technicolor photography and the Parisian locations that keeps you watching through the rather garrulous film that follows, based on Sterling Noel’s novel Storm over Paris, and enlivened by some violent deaths for the period and with a memorable finale on board an airplane.

The other perk is the novelty of seeing British ‘B’ movie stalwarts like Anton Diffring and Eric Pohlmann (all immaculately dressed, of course) in colour along with Gallic thespians Jacques Brunius and Gerard Oury. And Brenda de Banzie – who was then enjoying plum roles following her success in Hobson’s Choice and turns out to be the most glamorous of the three females that share star billing in the credits with the young Michael Craig. Richard Chatten