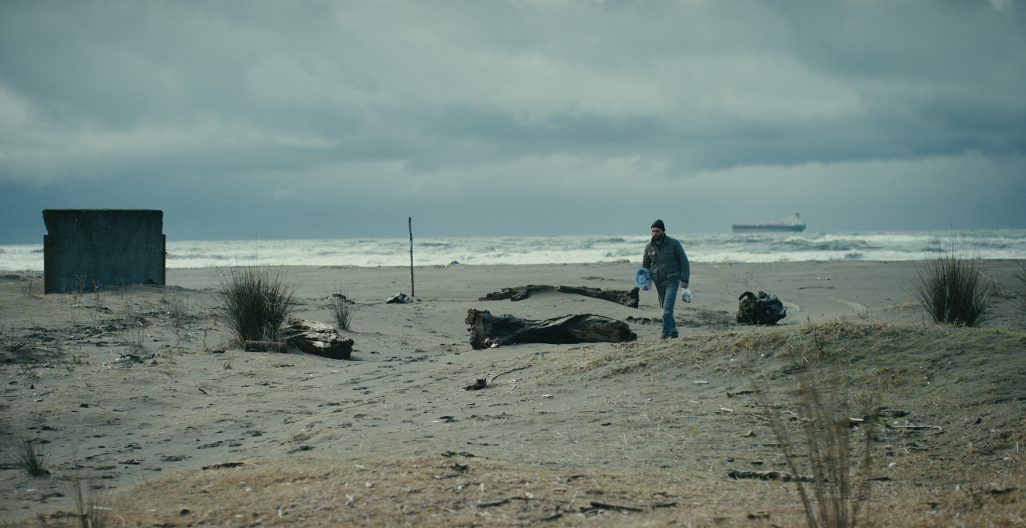 Director/co-writer Tinatin Kajrishvilli (Brides) creates an atmospheric, elegiac portrait of lost love and self-destruction. Set mainly in the ravishing countryside of Georgia, Horizonti is full of passion and longing, a paean to the past that echoes a Chekov play.

Still in his thirties, Giorgi (an impressive George Bochorishvilli) lives a life straight out of the 19th century. Separating from his wife Ana (Ia Sukhitashi) has been a traumatic process – at heart he is a brooding, disillusioned romantic and he retreats to the coast where the region’s swamps and lakes suit his gloomy temperament. Ana has left him for Nico (Buiglishvilli) so Giorgi now takes refuge in the company of elderly Georgians who also mourn the old country.

There is Larisa (Datunashvilli), who dies on the eve of her journey to attend a wedding in the city: she does want to leave the slightly crazy Valiko, who always lets the chicken run free – and plays billiards alone. Only Jano (Izoria), a friend from George’s past, and Marika (Okroshidze) are of Georgi’s generation. But even though Ana has made it clear she is going to marry Niko soon, Giorgi does not want to accept reality: he always uses their two sons as an excuse to visit Ana, whose wedding to Nico is now imminent.

They spend a miserable time in a hotel near the sea, before Giorgi sets out to bury himself for ever in an outpost near the lakes.The snowy countryside is breath-taking, Irakli Akhalkatsi’s visual are mostly widescreen impressionistic paintings: a wounded animal, George becomes one with the landscape. Doom-laden from the beginning, he even looses his zest for hunting and starts drinking again. There is a symbolic walk along the seaside, Ana with her new husband  Niko, and the two children. At the end it is Ana who is lost in the boat, taking her back to the city: Giorgi was like a feral animal, who liked to roam – she certainly loved him once, but now she has finally set him free. AS