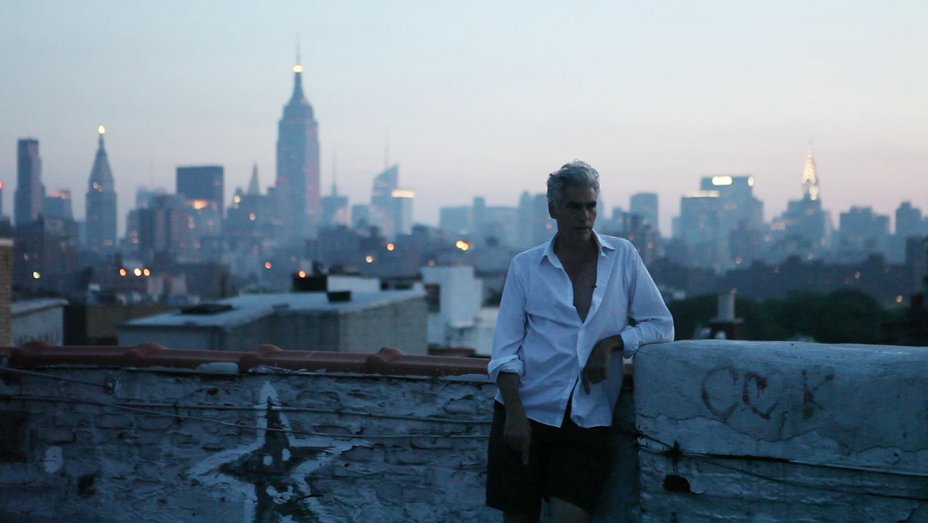 “Follow your bliss but be prepared to live your nightmare”

Mark Reay is on the hoof: a good-looking older model (think a hawkish Richard Gere) who works as a freelance photographer on the streets of New York by day before hunkering down on Manhattan rooftops for a night’s sleep.

Austrian director Thomas Wirthensohn (a model himself, who met Reay in the ’90s and makes his debut here) shows how those with a seemingly sophisticated lifestyle by day turn their hands to a game of survival by night on the streets of their native City. But far from being downbeat, HOMME LESS offers fascinating voyeurism on man’s battle to stay alive in the fast lane and on a shoe string; but by no means in the gutter. And that’s what’s unique and yet universal about Reay’s story.

Today’s urban lifestyle makes it feasible for a growing community of freelancers to spend their days hot-desking at Starbucks, Cafe Nero or, even better, a classy hotel where one can enjoy their extensive bathroom facilities for the price of a beer or a flat white. Reay is a one man band whose contacts and candid camera allow him backstage coverage of New York fashion week. Health insurance and a bank account, come courtesy of his actors’ guild membership, ensuring the minimum of protection from the harsh US realities of the US where there is no National Health to fall back on. Apart from hanging out with top models, he is also a specialist in tarpaulins – advising us to chose the less crackly ones when sleeping under the stars.

Simpatico on the outside, Reay is as tough as nails, a self-confessed “loser and a jerk” who thinks about sex a great deal but knows damn well never to wear that on his sleeve; clearly lacking in self-esteem, like many artists. Not a disillusioned romantic perhaps, but Reay is certainly a man whose has given up on love and ‘having a life’ despite outwardly being appealing to the opposite sex. Somehow he could cobble together a mainstream existence but something tells you he quite he enjoys the footloose freedom of the urban fox.

HOMME LESS is an enjoyable watch with its sublime rooftop reveries, breezy jazz score (by Eastwood and Mcguire) and veneer of sophisticated respectability – not to mention killer views from the top. As much a portrait of contempo New York and its challenges, HOMME LESS gradually morphs into a sensitive character study of middle age; its regrets and fears for the future, seen through the eyes of a highly gifted artist and wanderer: a mercurial man called Mark Reay.MT