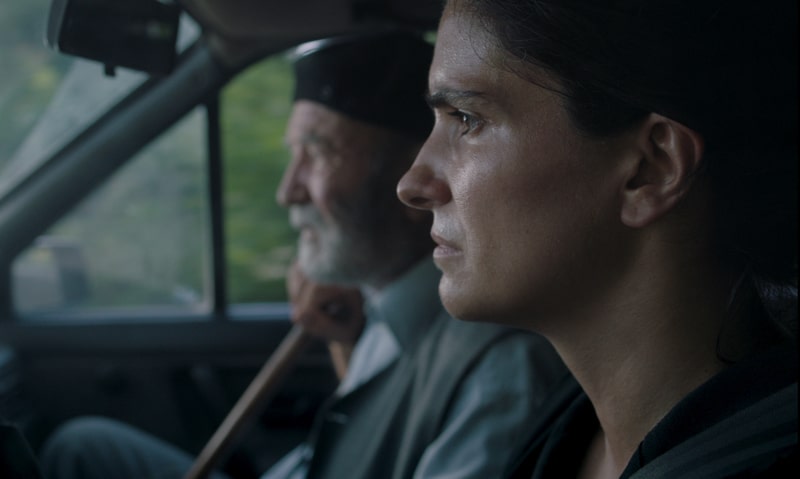 Feminist solidarity, male chauvinism and the effects of the Kosovo war (1998-99) and its aftermath coalesce in this impressive first feature for Albanian writer/director Blerta Basholli who triumph against considerable odds with this true crime story. The conflict came to be viewed as a Serbian act of genocide and her film went on to win all three main awards at Sundance, Yllka Gashi is brilliant in the main role.

In the village of Krusha e Madhe in Kosovo 260 men have been killed in the hostilities, with a further 64 still missing. One of them is Agim, husband of Fahrije (Gashi), who lives in a dilapidated house with Haxhi (Lazci), her father-in-law and her two children Zana (Sylejmani) and Edon (Safqui). The family makes ends meet selling the honey Fahrije produces – she has been stung all over her body to prove it. But she also has to look after the invalid Haxhi who is totally dependent on her. Haxhi does not want to undergo a DNA test, which would make it possible to identify the remains of his son; many remains are still being discovered. Fahrije gathers together he women of the village and starts a business  producing a spicy preserve made from red peppers, intending to sell the product in supermarkets in the nearby town, passing her driving licence so she can transport the goods with the help of her most supportive helpers Zamira (Agushi), Lume (Matoshi) and Nazmije (Hoxha).

But the men in the village make a bid to sabotage the women’s collective: calling Fahrije a whore, sexually assaulting her, breaking her car window with a stone, and even trying to turn her son and daughter against her. But Fahrije is determined to prevail against the  odds in this gritty portrait of a war-torn society where male chauvinism still holds sway. AS