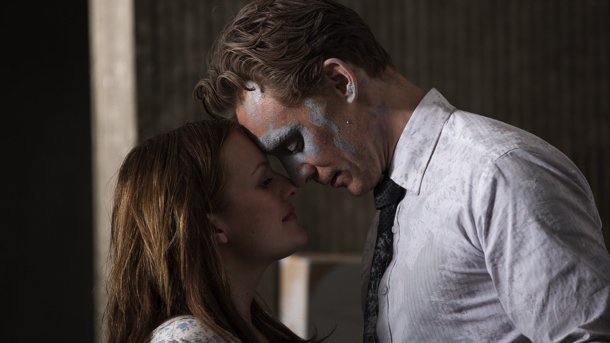 J G Ballard would turn in his grave if he saw Ben Wheatley’s adaptation of his 1975 novel High-Rise. It has Tom Hiddleston as Dr Robert Laing who lives in one of those arrogant ’70s brutalist tower blocks: nowadays these soaring monoliths belong to offshore buyers, bought as investment vehicles and mostly lying vacant. But Ballard, echoing the classic British class system, had the rich occupying the best penthouses while the poorer residents got the lower floors. A doctor, Laing is somewhere in the middle with one of those high walled balconies where he sunbathes naked, trying to keep the status quo as the ‘squashed middle’. There’s no need to leave the building – all the shiny mod cons are on site – but in this microcosm of society the pecking order goes gradually awry: the ‘lower’ classes try to move to the superior flats and as the delicate ecology of this ‘garden pond’ goes septic, mayhem ensues. J G Ballard was a clever chap. But Wheatley ain’t so bright.

The first problem with co-scripter Amy Jump and Wheatley’s film is the lack of visible contrast between their classes. Nowadays, everyone looks the same whether they’re rich, poor or middling. Without this crucial delineation the narrative comes unstuck  – unless you’ve read the book (and luckily they’ve got producer Jeremy Thomas on board to ensure the film gets out there). When the building services start to malfunction (lifts break down, water leaks and so on), the residents only cooperate with their fellow men in getting water and going about the building. It starts with Richard Wilder (Luke Evans), a lower floor aspiring resident who makes a bid to move higher in the status quo, leading his co-residents into rebellion. Crass and rather beligerent, he is also a conspicuous alpha male who enjoys his wild parties and blaring music. Hiddleston keeps his head down: suave and pleasantly poker-faced, adapting chaemelion-like to every situation, he seems the only character with any calm self-possession (poor squashed polite middle classes); Sienna Miller’s Charlotte Melville is his female admirer (spying him from her flat above): quick-witted and cannily pragmatic, she also swims with his tide. Wilder’s wife, Helen (Elizabeth Moss) is the vulnerable earth mother who men just want to protect. Jeremy Irons (Royal) the building’s architect, pontificates from the more luxurious penthouse; he saw his project as a vanity statement and “crucible for change”.

There’s so much glorious material here: and a fabulous cast who do their best (while others wanders aimlessly about) but Wheatley’s HIGH-RISE is a structureless hiding to nowhere replete with aimless plotlines as Wheatley and Jump flounder around in their mammoth budget to create a towering inferno of crude and lurid style over substance ending in a multi-story muddle just waiting for the wrecking ball. At best a creative experiment; at worst a never-ending nightmare that far overstays its welcome at two hours: It may have taken forty years for High-Rise to make it to big screen but this is one disaster movie that’s a disaster in every sense of the word. MT

OUT ON GENERAL RELEASE