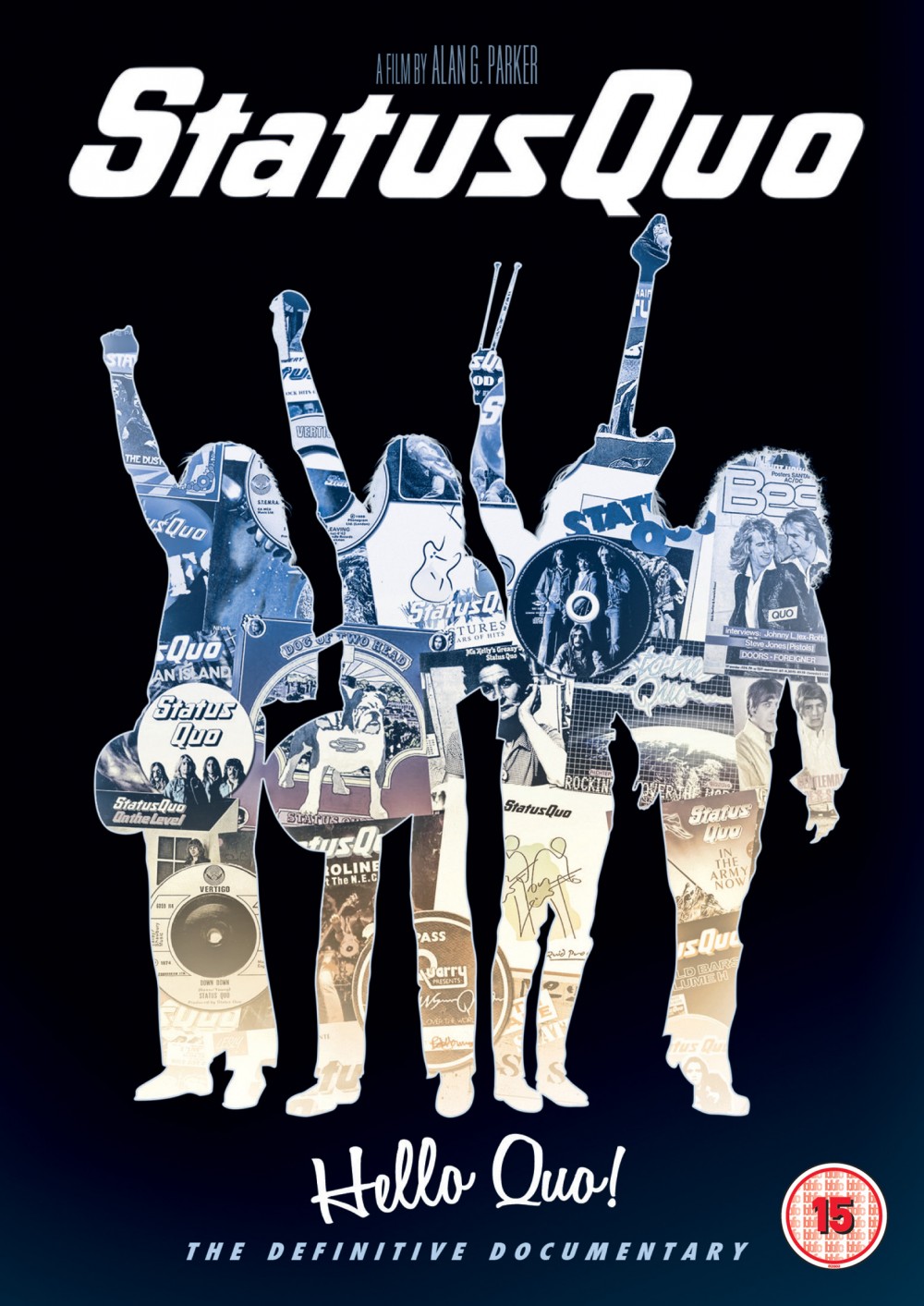 It has to be said from the outset that anyone watching a documentary running at over two and a half hours (!) needs to pretty much be a die-hard Status Quo fan. It is exhaustive, in both senses of the word.  That said, if you are indeed a Quo fan, then this film does pretty much give you all you probably want, with interviews from the band’s key members, from the original five to the current five, agents, managers and the great and the good from the Rock n Roll firmament.

It starts a little oddly, the opening sequence is very out of whack with the rest of the film and there are a few too many minutes spent watching talking heads. There is no doubt that it could also have been more judiciously cut. But Quo are undoubtedly a supergroup, having, as they do, the crown of most appearances on Top Of The Pops and over 120 million albums sold.

In the main, they are a self-effacing lot and talk openly about the trials and tribulations of being in a successful rock band and all that entails. I would have wanted more detail about exactly why band members upped and went at various points. We know they do and a vagueness towards the ‘why’, but not the actual why, which is probably because they prefer to put bygones behind them and look to the future.  Towards the end though, it does all become a little tired and worn, with gimmick gigs in local pubs and guesting on Corrie but then, what do you do, if all you have ever known is being in a band and you are still writing material?

In cold terms, it’s not a great documentary, but then, if you’re a fan, perhaps it is. AT