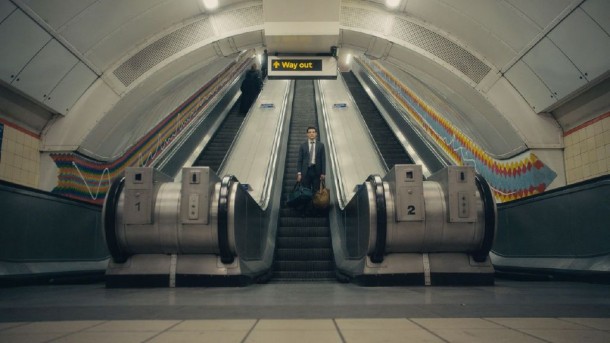 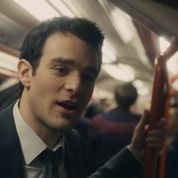 Anthony Wilcox isn’t new to the world of film; working as the producer of Trishna and The Face of an Angel, he got to know Michael Winterbottom who has now helped finance this debut drama HELLO CARTER, a day-in-the life drama starring Charlie Cox. And this is the only reason to see it. Cox plays Carter, an upbeat and charmingly decent 30-year-old who, finding his feet socially and professionally in London, gets to know Jodie Whittaker’s flat and disillusioned Northern lass (through an interview). The two share a certain chemistry, more as a default position to survival rather than anything more meaningful as Charlie is still getting over strong feelings for his ex, who he tries to contact again through her irritating brother, Aaron (Paul Schneider). But Aaron wants a favour in return for new number and in trying to accomplish this Carter accidentally kidnaps a baby and manages to get locked out of his flat. For a film set in the present day, it all feels rather dated and dernière siècle but Charlie Cox remains watchable and appealing throughout.

HELLO CARTER is not without other charms: Judy Parfitt is superb as his warmly wise Aunt Miriam, who offers him board and lodging in her splendid house, but after a promising start the narrative goes off piste and never really delivers anything more meaningful. Despite its 80 minute running time, HELLO CARTER loses our interest midway and this is possibly due to it feeling like an extended short; and that is, indeed, how it started off. MT

HELLO CARTER IS ON GENERAL RELEASE FROM 5th December 2014