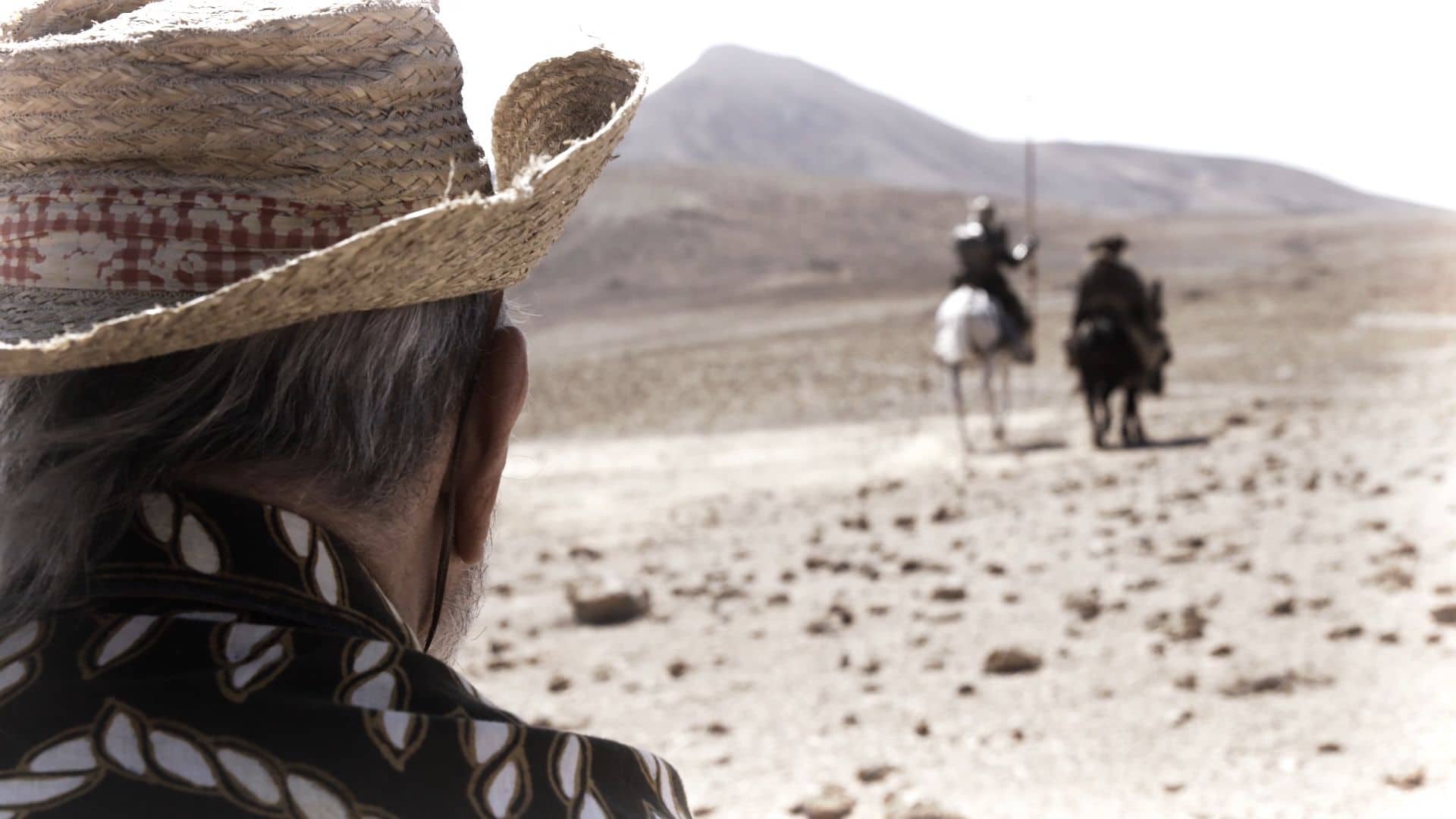 After more than 20 years and multiple setbacks, Terry Gilliam finally got his dream project The Man Who Killed Don Quixote, to the big screen. This is the story behind the project that started with Lost in La Mancha back in 2002 and has now been remastered.

With production costs halved from the original budget of 32 million dollars, and minus Johnny Depp, Vanessa Paradise and Jean Rochefort  Rochefort (who had to leave because of illness) – a tornado destroyed some equipment and rain changed the colour of the sand from the earlier scenes. Then John Hurt, who was to play Don Quixote, was diagnosed with his fatal cancer.

It’s good to see DoP Nicola Pecorini, costume designer Lena Mossum (who had kept all the designs from the original shoot) and PD Benjamin Fernandes back together again with Gilliam – they celebrate after shooting day seven: none of the cast had ever made it thus far. Fulton and Pepe decide on a rather sombre tone. After freely admitting to the two of them: “I don’t actually like making films”, and “I have done the film too often in my head, is it better to leave it there?” One has to respect his sheer perseverance, a quality that is often more valuable these days than talent. 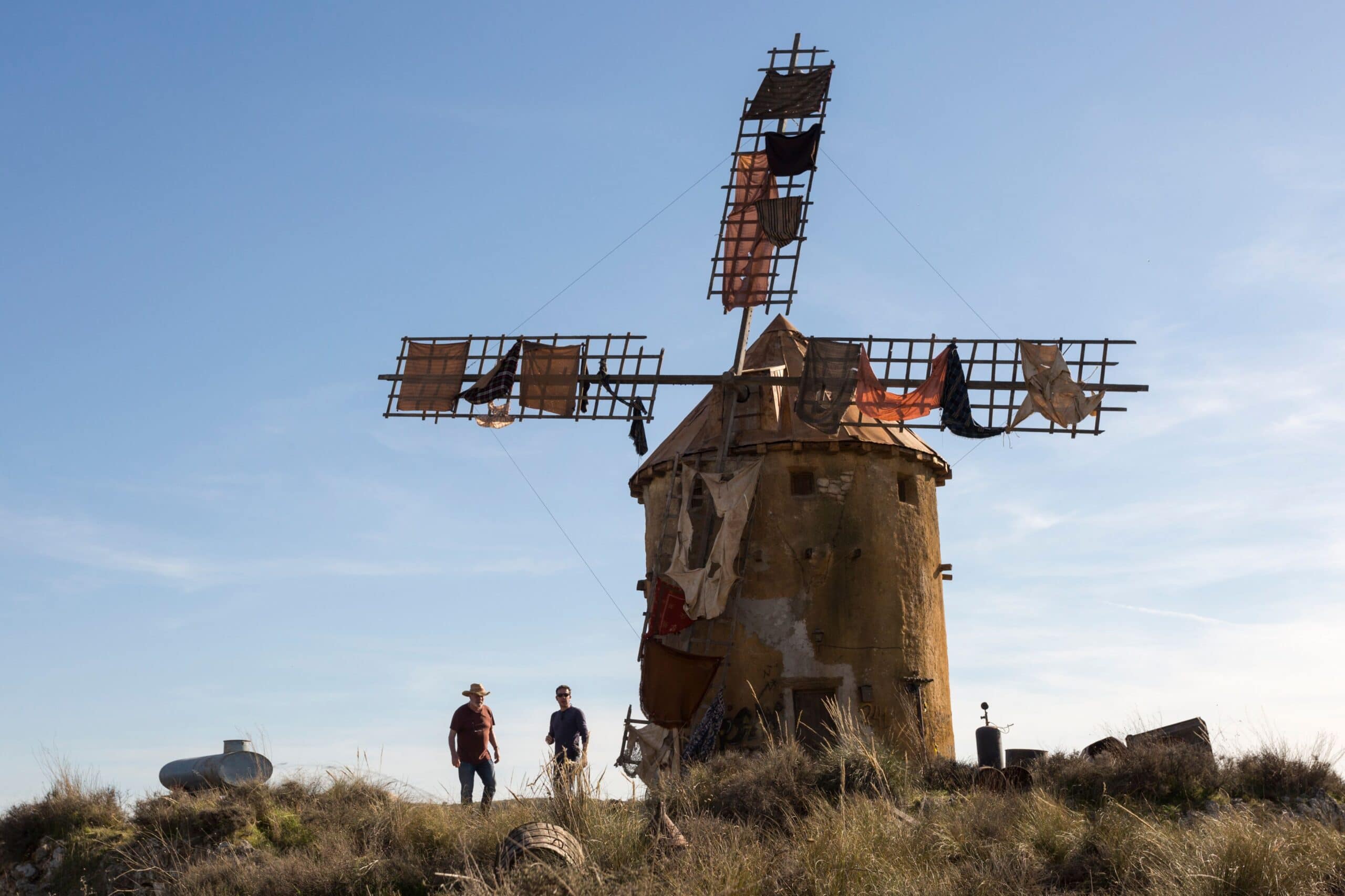 And in the 2018 interviews he talks about the ageing of Quixote: “An older man, with one last chance to make the world as interesting as he dreams it to be.” And about himself: “Did I get to change the world?“ Gillian looks, quite reasonably, irritated during the shoot, not helped by a kidney problem that required him to move around with a bag of blood, draining from a catheter, strapped to his leg. Even when it all comes together in the last day of shooting, Gilliam is vehement: “this is my last film. Then there’s a great void ahead of me, and that scares the shit out of me”.

Lost in La Mancha is padded out with clips from Gilliam’s successful features Brazil, Time Bandits and Baron Munchhausen; and the endless comparisons between Gilliam and Quixote become tiring. Interviews on the subject, given by Gilliam since 2000, give the feature even more of a disjointed feeling: There is so much to say about the filming of The Man who killed Don Quixote – but with neither Driver nor Pryce having their say, much remains untold. DoPs Lou Pepe and Jeremy Royce succeed in showing the film within a film: their lively camerawork is certainly a reason to watch it.

The ending is rather elegiac: a still of with Gilliam taking the applause at the 2018 Cannes Film Festival, where the premiere was beset by legal controversy over the rights, The Man was screened at the Closing Night, is possibly the best way to remember this documentary – but somehow it feels like Terry Gillian deserved more. AS