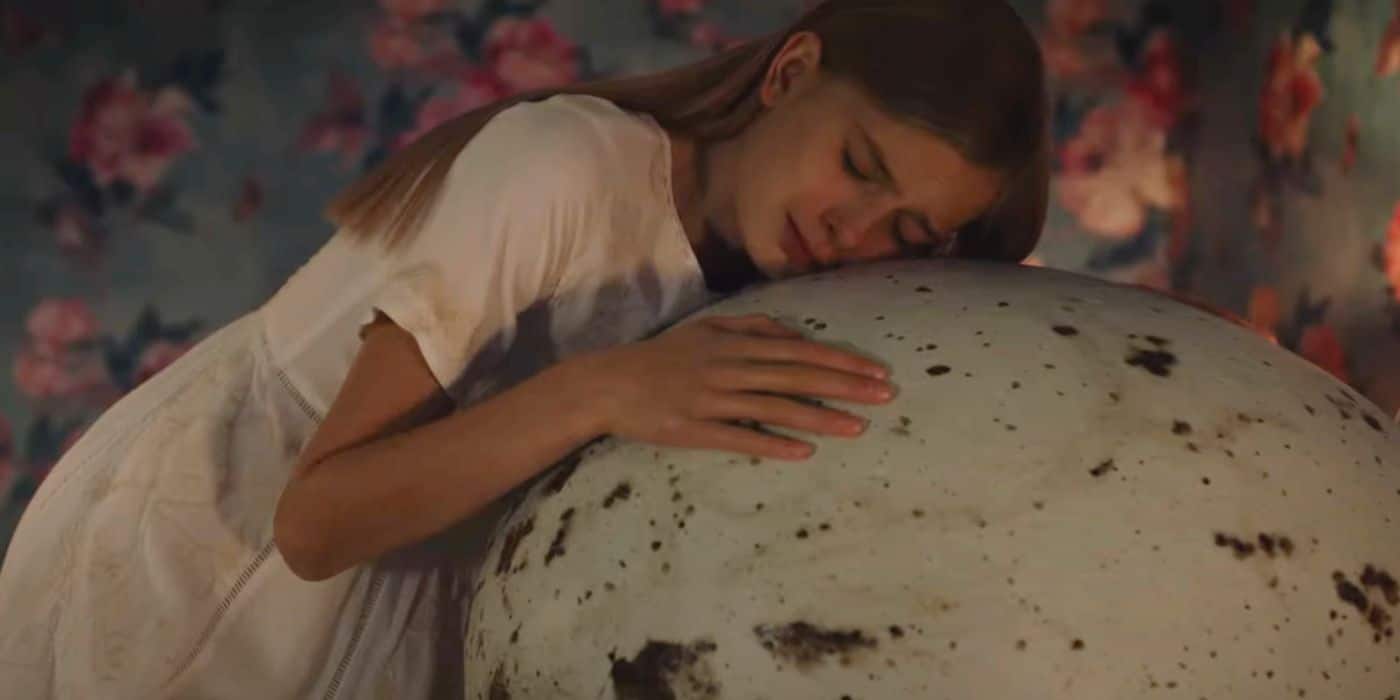 The debut feature of Finnish writer/director Hanna Bergholm is an intelligent blend of family dysfunction, female powerplay and horror.

The setting is a dream house in the countryside for a family divided: mother (Heikillä) is the driving force. Unsuccessful as an ice-skater, she is now a social media influencer and wants her daughter Tinja (Solalinka), a budding gymnast, to become a success story to make up for her own failure. Tinja goes along with her, but her husband (Volanen) turns avoids conflict, supporting his wife, even though she is cheating with handyman Tero (Nordin). Young Mathias (Ollila), is, like his father, very much in the shadow of the female of the species. But Tinja finds the long hours of training arduous, and lacks her domineering mother’s grit. But when a new female rival enters the fray, in the shape of her new neighbour and gym buddy. Tinja’s competitive edge kicks in with the family pets take the brunt along with a huge bird. The animal is something like Tinja’s Alter Ego: doing all the bloody stuff for her, and punishing mother and lover for their illicit affair. Solalinka is brilliant as the meek little girl betraying a brutal Dr. Hyde personality. Bergholm breathes new life into this ingenious genre thriller perfectly pitched at 90 minutes running time AS