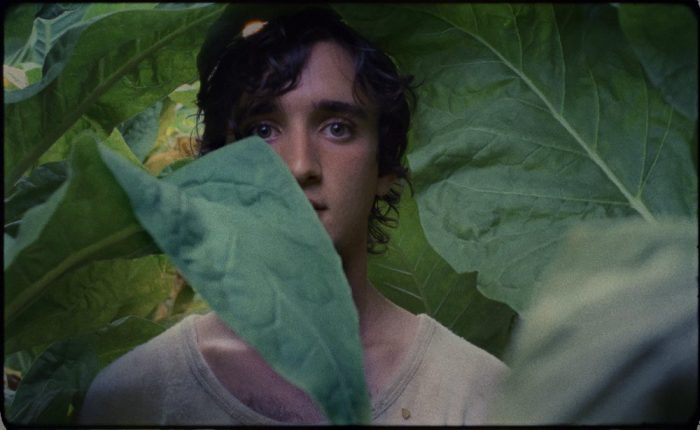 Al Rohrwacher brings tenderness and curiosity to her delicately compelling fables set amongst rural communities in her homeland of Italy. Her latest Lazzaro Felice has clear resonance with the work of Pier Paolo Pasolini and won Best Script at Cannes in 2018. Her previous a languid pastoral The Wonders (2014) followed a family of beekeepers in 1970s Tuscany. In her debut Corpo Celeste (2011)  a young girl challenges religious morality in the southern town of Reggio Calabria.

Happy as Lazzaro is time-bending tale that uses poetic realism to enliven the rather depressing theme of corruption and crime in contemporary Italy. Again Rohrwacher uses Super 16mm to establish a retro aesthetic of sepia and muted senape and to re-create a nostalgic feeling for the past and times gone by in the dilapidated village of Inviolata where a traditional family of sharecroppers still serve the Marchesa Alfonsina de Luna. Although sharecropping has been illegal since the 1980s, their loyalty to their corrupt mistress is born out of habit, and because it suits them to maintain the status quo: It’s what they’ve always done. This recalls a past (and possibly a present in some areas) where a feudal system of sorts still exists, and Italy’s now decadent royal family (Vittoria Emanuele) are still acknowledged, paid homage to and addressed by their titles. So the villagers go about their leisurely business lacking the imagination or motivation to move on, and respecting the powers that be in this remote, sun-baked backwater that seems stuck in the past. And Lazzaro is the man with a heart of gold who is simply too good for this world, let along for this job. A saintly soul, Lazzaro is almost too good for this world, is left with the duties no one else wants to do, such as picking giant guarding the chicken coop from wolves. The Marchesa’s fecklessly lazy young son Tancredi, decides to play a trick on mother, for not giving him his inheritance early, and he sees that Lazzaro’s gentle nature and naive nature will make him perfect for a plan to defraud her. Lazzaro is naturally in thrall to the boy, out of deference, to his status. Tancredi then fakes his own kidnapping, hiding out in the undergrowth around the village expecting his mother to cough up the million lire ransom he has demanded. Naturally things don’t go according to plan and Lazzaro falls through a time-warp – in a tonal shift that Rohrwacher pulls of with aplomb – ending up in another world, set against a corrupt urban sprawl where he wanders dreamlike (and there is a certainly a surreal quality to these sequences) amongst unscrupulous characters as a nightmarish future unfolds around him. Lazzaro at this point takes on the semblance of a Christ-like spiritual figure – it’s a performance of great subtlety and luminance that has to be seen to be believed. This transformation to saint, or even ghost seems to represent the soul of the Italian nation overcome by decadence and the perils of modernity. It also raises the everlasting conundrum: how long can a person continue to be good when continually challenged by evil. MT

ON RELEASE FROM 5 APRIL 2019 NATIONWIDE