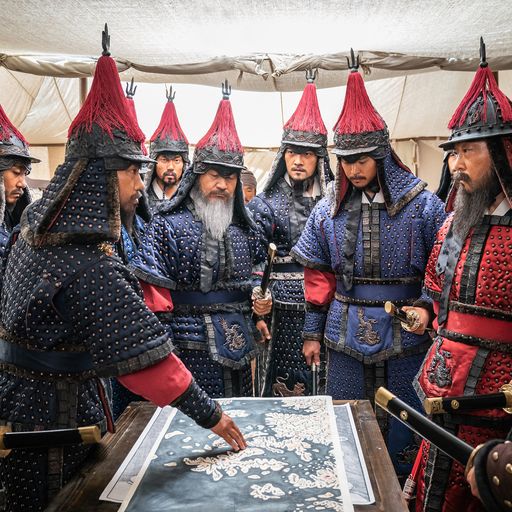 Hot on the heels of The Admiral: Roaring Currents, a naval warfare blockbuster that remains the most successful Korean film of all time with over 17 million admissions, South Korean director Kim Han-min returns to the legendary exploits of Joseon Era admiral Yi Sun-sin’s with a prequel story that is just as rambunctious but even more focussed than the hit that spawned it.

Set in 1592, six years before the events of The Admiral: Roaring Currents, the film depicts the lead up and Admiral Yi’s explosive exploits during the Battle of Hansan Island, when he led a small fleet against a vast Japanese armada. Park Hae-il, seems to be this year’s Korean ‘man of the moment’ – he also stars in Park Chan-wook’s Decision to Leave – and here takes over the mantle of the admiral from Choi Min-sik. Portraying Admiral Yi during an earlier naval campaign in his career, which also saw him heavily outnumbered by a Japanese armada, Park imbues the historical figure with a staunch and stolid solemnity and some of the most stunning naval set-pieces ever committed to film. Hansan: Rising Dragon closes this year’s edition of LONDON KOREAN FILM FESTIVAL.