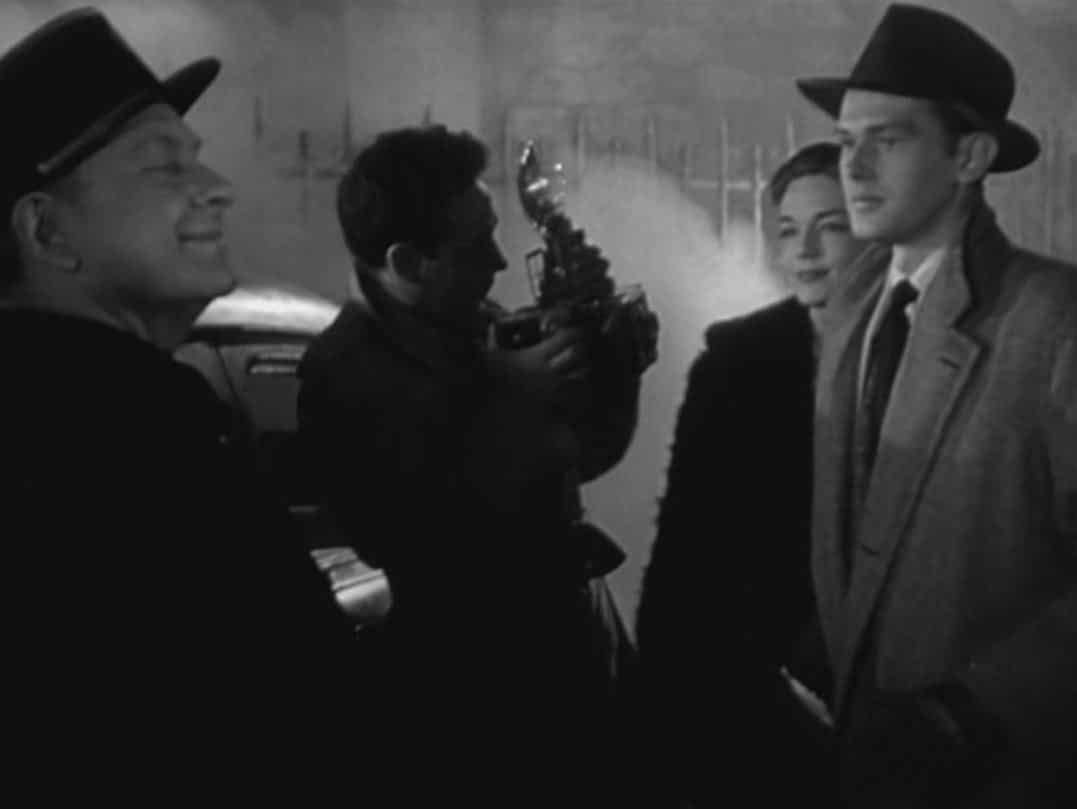 Atmospherically shot by the veteran Oscar-winning cameraman Eugen Schüfftan, Gunman in the Streets is the English-language version of a co-production released in France as Le Traqué. The French version is now even more obscure than this, and since it had a different credited director (Borys Lewin, normally an editor) may be substantially different from this one. All those obviously Gallic types speaking English seem a little incongruous and it would be easy to imagine this with subtitles (Dane Clark and Robert Duke were presumably dubbed). Jean-Pierre Melville probably saw Le Traqué, and Fernand Gravet’s police commissioner, suavely hot on Clark’s trail, strongly resembles Paul Meurisse’s Commissaire Blot in Le Deuxième Souffle (1966).

The English-language version bears the name of blacklisted Hollywood veteran Frank Tuttle (before he yielded in 1951 to pressure to name names to the HUAC), which may be why it was never released theatrically in the United States. But it can’t have helped that it’s so relentlessly sordid, grim and claustrophobic, with a hero unlikeable even by Dane Clark’s usual charmless standard.

It starts like Odd Man Out, with Clark on the run on the streets of Paris with a bullet in his shoulder after shooting his way to freedom. He contacts former girlfriend Simone Signoret, curtly informs her that he needs 300,000 francs pronto to get out of the country, and they hole up in the apartment of a creepy admirer of Signoret’s (Michel André) who Clark handles predictably roughly. What Signoret (then in her absolute youthful prime) ever saw in this vicious little runt was beyond me; I guess he must have been dynamite in the sack. Richard Chatten

NOW ON DVD FROM AMAZON