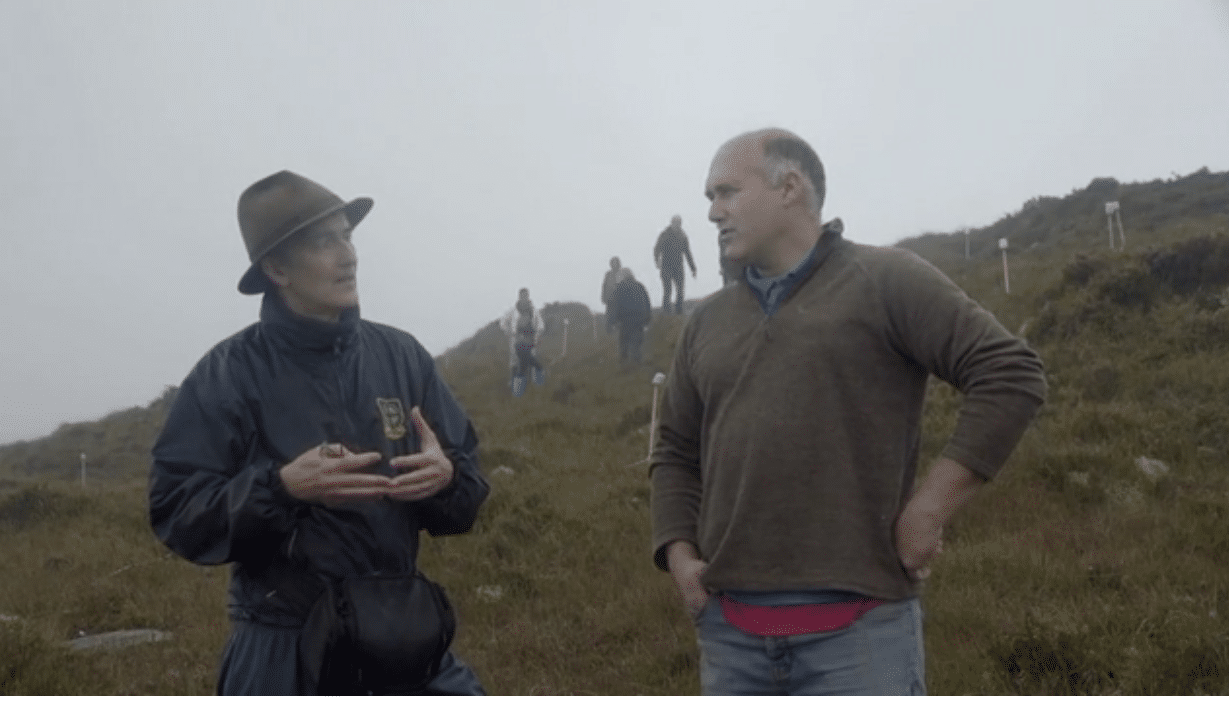 Activist and filmmaker Johnny Gogan’s Groundswell explores how Ireland banned the practice of fracking (releasing oil or gas from shale rock) and how Northern Ireland still faces a prospect that has led to tremors, and poisoned water in NE Pennsylvania, where fracking is common.

Gogan guides us through his powerful film showing what is possible with direct action on the ground from his base in Fermanaugh. Political campaigner Nuala McNulty started the fight against fracking in Northern Ireland after the Irish Parliament, the Deil, had given licenses for exploratory drillings to Canadian company Tamboran Resources, whose agent Tony Bazley promised that no chemicals would be used in the process.

Jamie Murphy from ‘Love Leitrim”, remembers the police action in the Northern Irish fight against Shell, one of their slogans was “Farming, not Fracking”. Later a moratorium was reached in the Deil, pending the feasibility study into gas mining in the licensed areas near the border. The area was still suffering confrontations during the “Troubles”.

Arlene Foster, a staunch Fermanaugh activist and Northern Ireland’s First Minister, had an ambiguous relationship with fracking that drew criticism from the Irish border population. Meanwhile Gogan visited campaigners in NE Pennsylvania where diagnosis of cancer had almost doubled in the population, particularly in young people indicating a clear correlation with the fracking activities. The Good Energies Alliance Ireland (GEAI) joined the fight, as did Friends of the Earth: “Fracking is leaving more carbon footprints on the planet than coal.”

A Private Members Bill to legislate for the banning of fracking was introduced in the Deil, but was a victim of the General Election in 2016. Finally, a motion was passed in October 2016, to ban the import of gas gained from fracking, the only bill of its kind in the world. Nevertheless, not all is won: we listen to ex-president Trump announcing that the EU is planning to import fracking products, and in June 2019 Tamboran Resources was given permission to explore for Shale Gas in Northern Ireland – the decision of the restored NI executive is pending…

Gogan’s detailed chronicle is a laudable testament to the fight but instead of appealing to heart and minds, it often bogs the audience down with too much detail, names and organisations making Groundswell a valuable insider documentary rather than for mainstream entertainment. AS

Groundswell will be released on Friday 16th April, ahead of Earth Day 2021 and will be available via the Modern Films virtual cinema platform. It will screen theatrically later in the year.