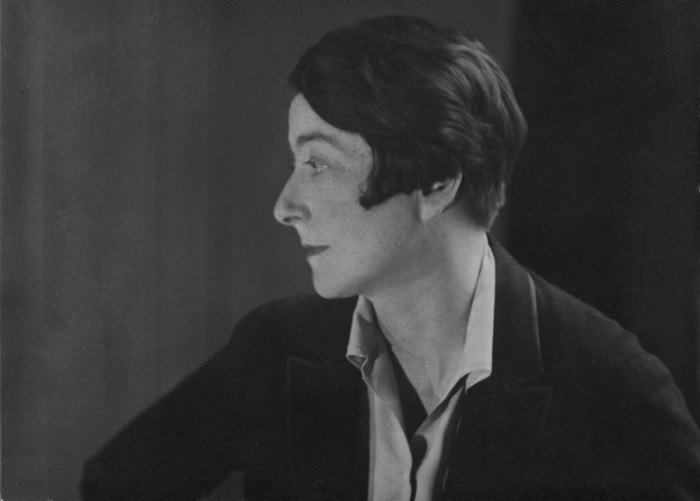 Director/Co-writer Marco Orsini (The Reluctant Traveler) portrays the life of the iconic Irish designer and architect Eileen Gray (1878-1976) in this compact, non-frills documentary which would have pleased the artist who was well known for her down-to-earth approach, but always ahead of her times – and often her male competitors.

Born in the Irish town of Enniscortly, the youngest of five siblings of a wealthy and aristocratic family, Eileen went to the Slade School of Fine Arts in 1898, a very brave step, particularly for a woman of her background. But her social class did not affect how she developed into a radical and passionate bi-sexual lover.

Orsini sketches out how in 1900 Gray emigrated to Paris, where she stayed for the rest of her life, returning during the first World War and s short break to look after her mother. After studying at the Academie Julian, and the more formal Academie Colarossi, Gray met the Japanese lacquer artist Seizo Sugawara and became engaged in this art form. Her first exhibition in Paris in 1913 was a great success. After work on the now famous Bibendium chair (1917-21) Eileen had a long affair with the singer Marie-Louise Damia amongst other female artists, but she fell in love with the Rumanian architect Jean Badovici, a friend of Le Corbusier.

In 1924 the couple started work on Eileen’s first architectural project, the Villa E 1027 in Cap-Martin, near Monaco. The villa and the furniture were later (one of many) reasons for the couple to split up, when in 1938 Badovici, in whose name the villa was registered, allowed his friend Le Corbusier to paint the walls with some occasionally explicit, murals. This way, E 1027 became wrongly associated with Le Corbusier, who somehow must have felt jealous of Eileen’s achievement. He later bought a property next door, and, in an act of poetic justice, finally drowned in August 1965 swimming in front of the house he desired so much. But the irony goes further, Le Corbusier saved the villa’s furniture, and because, it was – wrongly – assumed, to be his building, the State looked after it. It should be said that Gray and Le Corbusier corresponded well into the late 50s and in 1970, Gray opined how, “he never got enough praise for his work.” In the late 1930s Eileen Gray started work on her second home, Tempe à Pailla, in Menton. She supervised the buildings work and was very innovative with the furniture: it was foldable to save space. At the age 78 she led the construction of her summerhouse near Saint Tropez. Eileen Gray worked until her death in her apartment in the Rue Bonaparte in Paris.

Today, her classic furniture designs are mass produced and originals, like the Dragon Chair (1917-19), auctioned off for 19m £. Luckily she lived long enough to be recognised as one of the greatest avant-garde artists of her time, after being written out art history for over twenty years. Orsini employs the talking heads of the art world paying tribute to Gray, but centres his documentary on her houses in the South of France. This way he stays true to the artist: her work was not so much art, but creating ‘designs for living’ from any given material. She would have liked Orsini’s workmanlike approach, not a hagiography, but the portrait of the artist at work. As a minimalist, she never cared for dogmas or categories, but she was a modernist in her personal and artist life. Gray Matters, in its erudite understatement, does her fully justice. AS

IN SELECTED ARTHOUSE CINEMAS FROM 27 MAY 2016