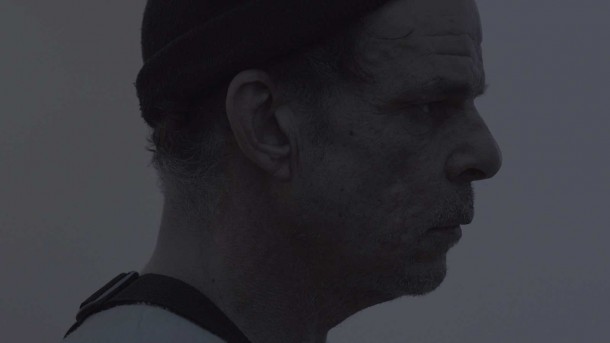 David Lynch’s son Austin follows in his father’s footsteps with this unsettling semi-fictional documentary mood piece that explores disenchantment and day to day survival in various parts of America through the lives of its five blue collar protagonists. Wordless cameos from Denis Lavant and Aurore Clement help add a note of familiarity but it’s never made clear why they feature in  GRAY HOUSE, which Lynch’s is first feature made with the collaboration of cinematographer Matthew Booth.

Suggestion is perhaps a better word that storytelling to describe the way Lynch hints at dissatisfaction through starkly beautifully minimalist landscapes inhabited by his protagonists, it is nevertheless an affecting work but not for the mainstream who may find its style alienating and difficult to engage with. Intriguing yes, but it’s certainly no barrel of laughs: we first meet Lavant peddling his lonely craft in the dimly lit shades of a Texas dawn. He is then pictured stirring a large vat in a monochrome workshop. Next up, we hear the grim testimonials of work to survive oil men in the fracking town of Williston. A women’s prison in Oregon and a rural cabin in Virginia are other settings that receive Lynch’s mournful gaze in describing the working-class malaise of its sorrowful citizens.

Booth’s camera seems to haunt its characters, prowling around and swooping in on them but also offering straightforwardly framed interview sequences Scored by lilting ambient sounds this is a thoughtful and disquieting piece of filmmaking. MT