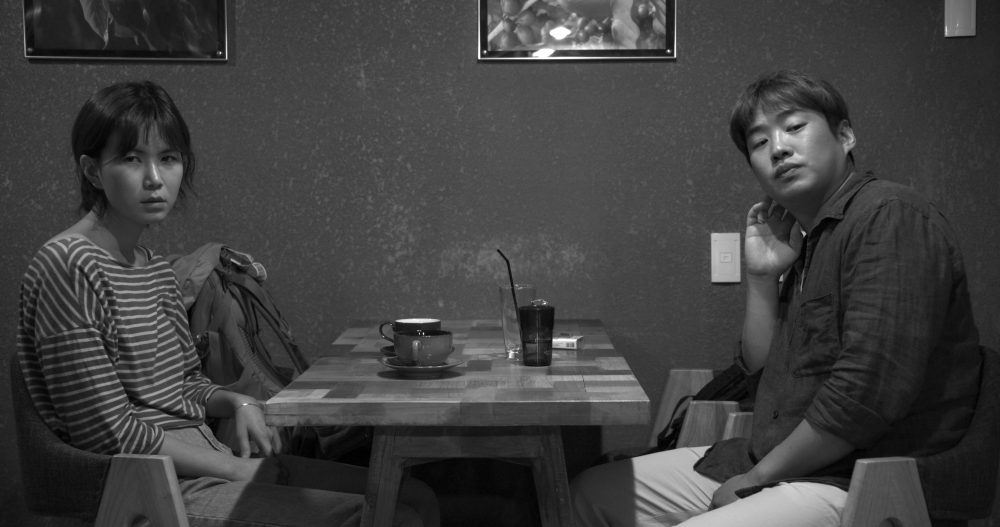 GRASS is Hong Sangsoo’s shortest film so far but he returns once again to familiar territory, this time in black and white, a exploring the dynamic between men and women when they first meet. And this one is as light-hearted as ever and takes place in a single location in the Korean capital of Seoul: a cafe with classical music. Strains of Wagner and Schubert can be heard as his regular muse Kim Min-hee, but this time there’s a twist. The heroine is using the other customers in the place as characters in a series of stories, even adapting their conversations for the dialogue while the food and Korean soju flows.