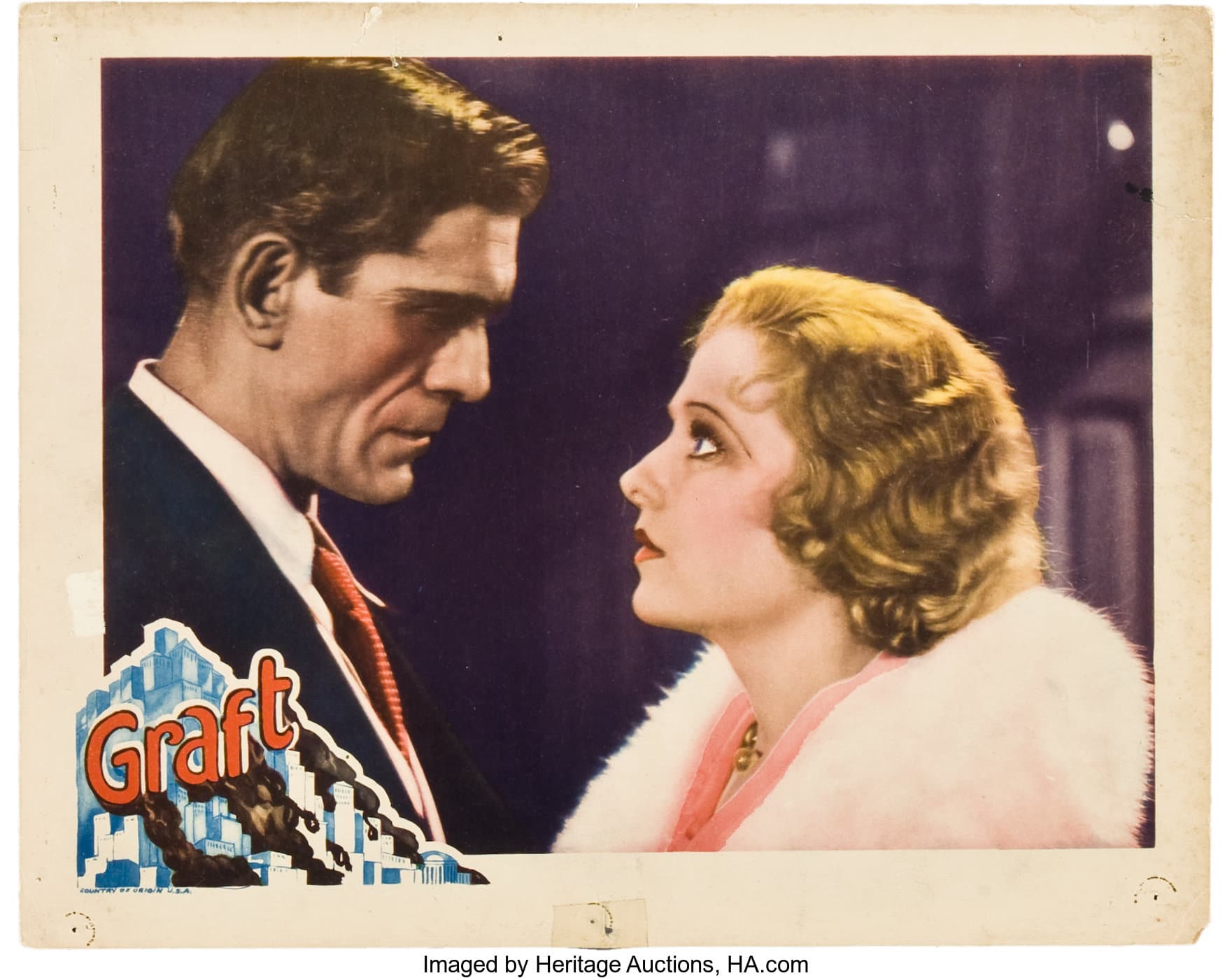 At the time this unambitious quickie with a distinctively terse title came and went unnoticed. It’s title today remains more familiar to connoisseurs of old horror movies than of pre-Code cinema, as it occasionally crops up in histories of the horror genre as the film Boris Karloff was making when in June 1931 he was spotted in the Universal commissary by James Whale and offered the role of Frankenstein’s monster. For the remainder of its brief production, Karloff would stay at the studio after finishing his day job on ‘Graft’ for nighttime make-up tests with Jack Pierce.

Few people have seen this movie, and horror authority Carlos Clarens erroneously refers to it as a gangster movie rather than yet another newspaper picture about a rookie reporter going after a big story. The jaunty music over the credits sounds more like something from a Laurel & Hardy picture, and sets the tone for the inconsequentiality of the piece; a point thuddingly underlined by the presence of its dim-witted though ultimately triumphant hero, Dustin Hotchkiss.

Although the film is well directed by Griffith alumnus Christy Cabanne, with superb photography by Jerome Ash, Hotchkiss is so annoying you can’t wait for the thing to end. Regis Toomey was fine in later classics like ‘The Big Sleep’, so the blame lies with the character rather than him. Of the two female leads, bad girl Dorothy Revier easily outshines good girl Sue Carol; but the most striking female presence in the film is Carmelita Geraghty – a leading lady in silent films remembered today for Hitchcock’s debut feature ‘The Pleasure Garden’ (1925) – but here demoted to the uncredited but eye-catching role of the villain’s slinky secretary.

And then there’s Karloff as his henchman “Terry”. Immaculately turned out in what Karloff himself later said was “my best suit”, his unique appearance and diction, allied to an expressed dislike of women, suggests that he bats for the other side. It further attests to Hotchkiss’s uselessness as a reporter that immediately after a murder he runs slap into BORIS KARLOFF – for chrissakes! – yet all he can recall of his appearance was that he wore a hat and a dark coat. @Richard Chatten