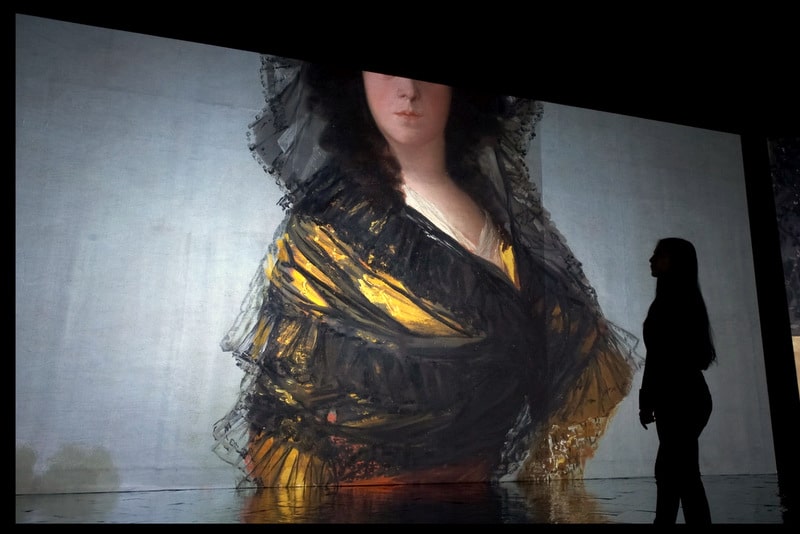 Jean-Claude Carriere’s final visit to Spain informs this new documentary on the nation’s most outstanding 18th century artist whose output reflected all aspects of life from the beautiful to the bestial, and beyond. 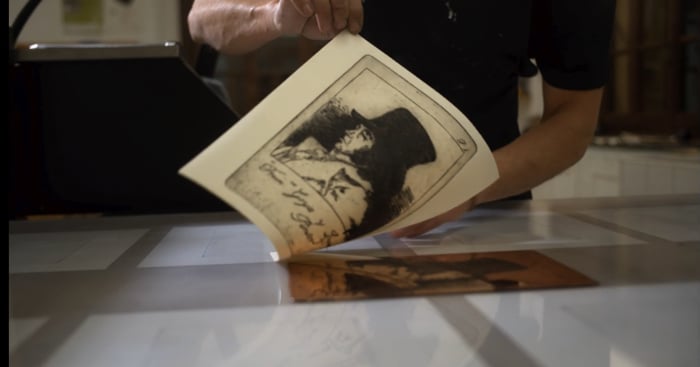 The French writer – who died months after his trip – wanted to look at how Goya – often called ‘the father of modern art” – influenced other painters such as Picasso, Salvador Dali, Cezanne, Van Gogh, and even the filmmaker Luis Bunuel (with whom Carriere also collaborated). Artist Julian Schnabel (who appears in a white overall, slit to the waist) claims Goya’s broad brush strokes have a distinctly modern look that would have a great impact on impressionism and even surrealism. In the light of this, The Shadows of Goya soon widens out into a compendium culture trip suffused with cinema, art and creativity, also taking in a visit to the major retrospective on Goya currently happening Basel, Switzerland.

By way of background, Francisco Jose de Goya y Lucientes, born in Zaragoza in 1746, had already felt the first rumblings of revolution that would go on to loosen the Spanish nation from its colonies throughout the 19th century, and this turbulence echoes through the dark clouds of his early landscapes and engravings with his large canvasses depicting full blown conflict: ‘The Disasters of War’ and ‘The Third of May 1808’. ‘Los Caprichos’, his eighty or so engravings, mercilessly satirised the failings of Spanish society of the day; from religious fanaticism to professional incompetence and even The Spanish Inquisition. Goya even lampooned doctors after they failed to help him when he grew deaf from a debilitating illness, depicting them as donkeys famously in  ‘Tu Que no Puedes”. But he always made his titles ambiguous so as not to offend his bread and butter clients from high society and the aristocracy whom he charged extra for painting hands, but not feet. 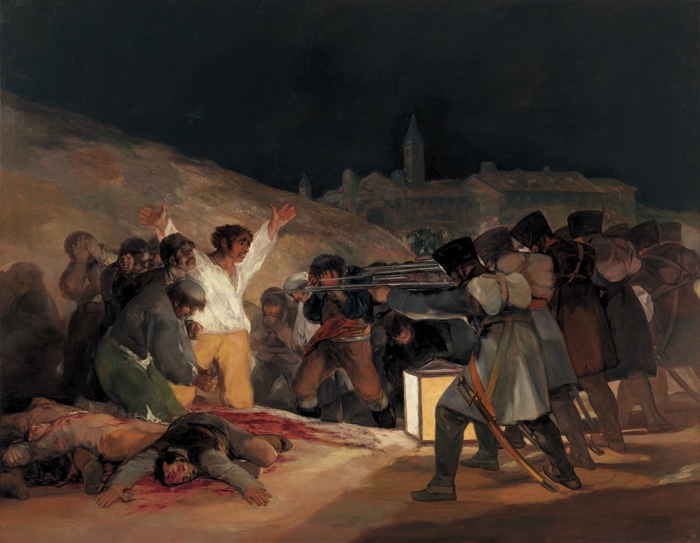 Carriere waxes lyrical on his subject, showing us round Goya’s various haunts and explains how the artist was intrigued by his fellow men and gave them equal exposure in his work as he did his wealthy clients and most famously in ‘The Burial of the Sardine’, a tribute to an exuberant crowd celebrating on the first day of Lent. We also hear about his famous ‘Black Paintings’, often portrayed on the walls of his home ‘La Quinta del Sordo’ (literally “Deaf Man’s Manor”). These fourteen works depict the base aspects of humanity: madness and deformity features largely in these works, and in the ‘Dos Mujeres’ that sees two ugly old women almost mocking the artist for painting them.  The ‘Black Works’ also incorporated Goya’s famous use of symbolism echoing his desire to get beyond the visual and into a spiritual domain, brilliantly portrayed in ‘Saturn Devouring his Son’. He even painted a dog – ‘El Perro’ – who seems to be drowning or in distress. All these pictures are open to interpretation.

Bunuel and Goya both came from Aragon and we get to see various clips from the surrealist filmmaker’s That Obscure Object of Desire, as well as Schnabel’s biopic At Eternity’s Gate to show how Van Gogh’s intense style echoed the Goya’s detailed ‘Caprichos’ engravings. 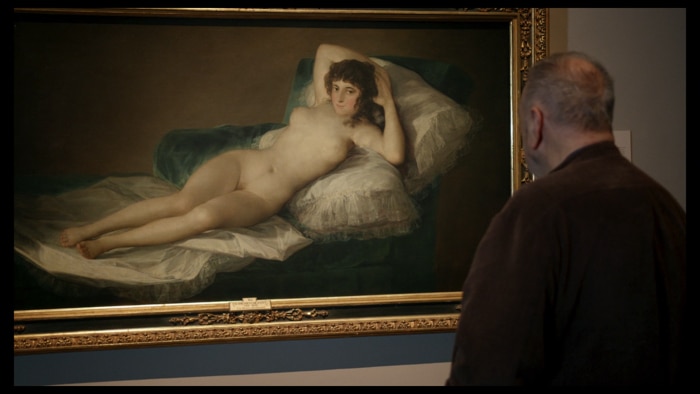 The film also gets out and about to show Goya’s frescoes in Cadiz and Zaragoza cathedral, and the captures the flowing landscapes of Aragon and ancient villages, some untouched since the Civil War. For some reason Carriere decides to break into Spanish at regular intervals and seems particularly obsessed by a reclining female nude and her clothed counterpart in Madrid’s Prado Museum (‘La Maja Nesnuda/Vestida’) the film is given valuable context from historians, specialists and curators: Antonio Gonzales Marin, Antonio Gascon, and Charlotte Castel-Rousseau from the Prado in Madrid.

So a lively and informative look at this eclectic Spanish artist who eventually died in Bordeaux after becoming completely deaf, reflected in surrealist sequences by the award-winning director and documentarian Lopez-Linares (Bosch: The Garden of Dreams) and his DoP Andres Recio Illan. And an enlightening valedictory offering from Carriere. MT