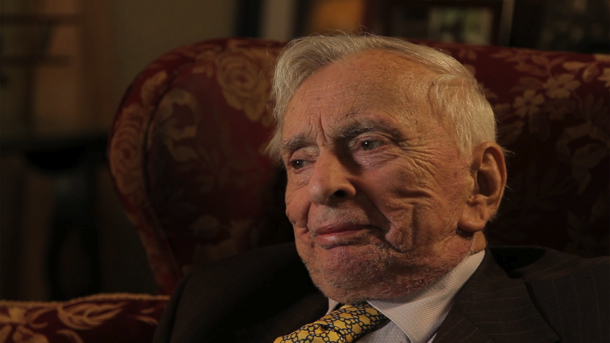 Like many critics of the capitalist system, Gore Vidal, who died last year age 86, came from a very privileged background: his father Eugene Vidal was working for the Roosevelt administration in aviation (he had an affair with Amelia Earhart), his grandfather Thomas Gore was Senator for Oklahoma. Archive footage showing the young Gore in a plane with his father, declaring on embarking “that it is easier to fly a plane than a car”. His mother Nina married later into the Kennedy clan, the older Gore Vidal would be a friend of the future president, running (unsuccessfully) for congress in 1960. In the early 60s Vidal travelled with Tennessee Williams through Italy, where he would later settle for over 20 years in Ravello.

As a (prolific) writer, Vidal was to fall foul of the literary establishment early on with his novel “The City and the Pillar (1948), because of his open description of homosexual sex. The New York Times literary section blacklisted his books. In the 50s he wrote many important TV plays, like “The Best Man”, starring Henry Fonda. His reworking of the film script for Ben Hur (1959) included a subtle homosexual plot, which director William Whyler had to hide from Charlton Heston, playing the title role. 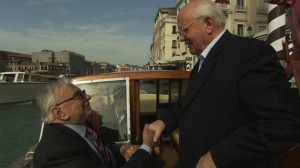 Vidal was bi-sexual, he had an affair with Anais Nin, and was engaged for a short time to the actress Joanne Woodward, who later married Paul Newman. For most of his adult life Vidal lived with his companion Howard Auster, who died in 2003; it was a true friendship, because for Vidal “sex destroys relationships, because either one looses interest in the other”. His novel “Myra Breckinridge” (1968) caused a scandal because it discussed transgender issues; it was filmed in 1970 by Michael Sarne with Mae West.

Vidal was not only critical of the system, but equally so of the politicians who run it. Asked about JFK, Vidal calls him “a most ineffectual president, in his thousand days in office he invaded two countries: Cuba and Vietnam”. Vidal’s political novels like “Burr” and “Washington DC” show the political classes, from the founding fathers onwards, as corrupt and only interested in property: Washington, a general who never won a battle, becoming rich whilst in office. Vidal’s criticism was never dull, he was witty and funny as well as angry. About Reagan he said “the establishment decided that it was easiest to have the best cue card reader as president, so they choose Reagan. But then his house burned down, and his whole library was destroyed – all two books. But the worst was, that he had only coloured in one book”. All his life, Vidal was on committee’s fighting those in power, like the campaign to remove President Bush jr. from office for war crimes.

Apart from archive footage and interviews (very moving Vidal’s meeting with Gorbachev in Venice in the 90s), the film shows long footage of the TV debates between William Buckley jr. a conservative author and Vidal. Both men, quiet patrician, sharing an upper class background, really loosing their temper, with Buckley calling Vidal “a queer, who should go away” and Vidal countering with “Buckley being a product of a system, that has only invented one art form: the TV commercial, selling soap and presidents in one program’.

A lively, informative film about a great intellectual and political campaigner.  Andre  Simonoviescz