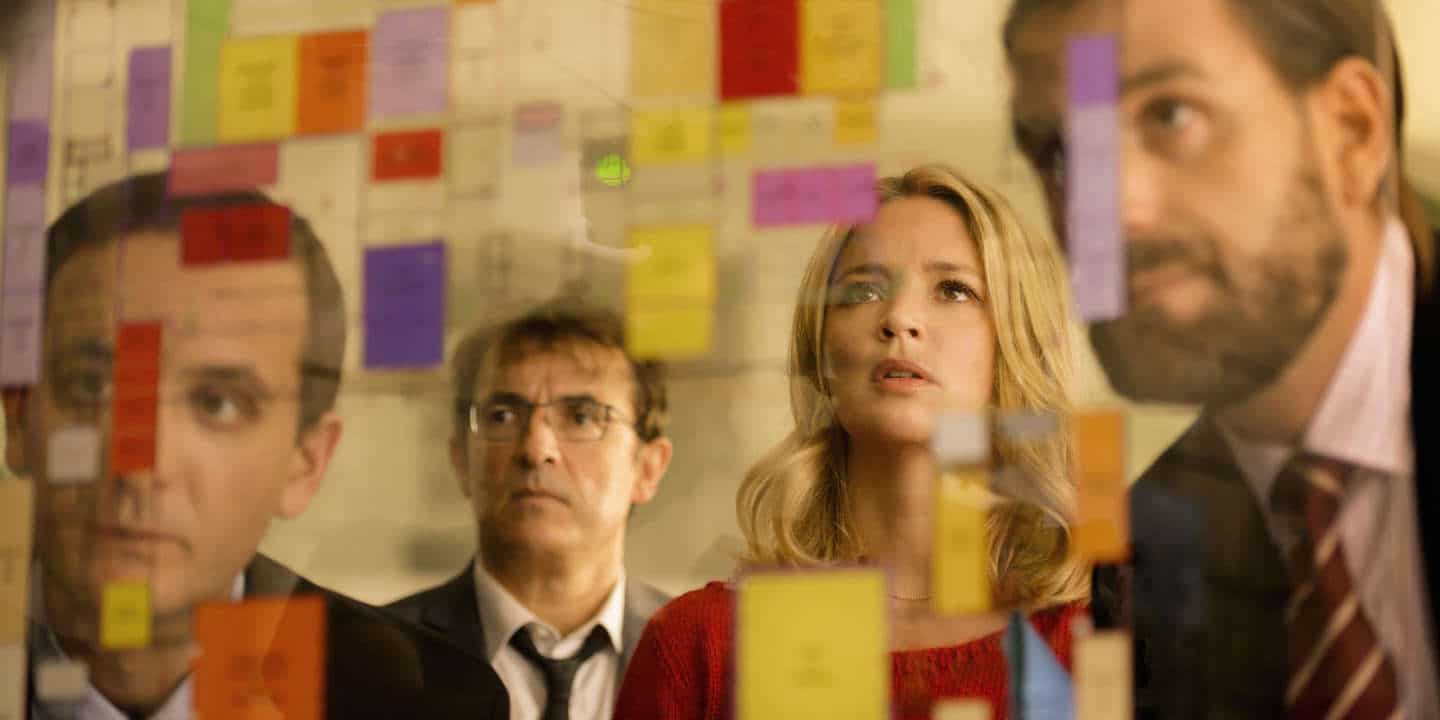 Winning no fewer than six César’s at this March’s ceremony, Goodbye Morons is populist and playfully anarchic hitting just the right tone despite the odd cliché.

Comedy meets tragedy in the lives of three people: a dying woman and a suicidal software programmer in charge of national security who team up with a blind archivist to locate the woman’s long lost child.

Forty-three year-old hairdresser Suze Trappet (Efira) has fallen victim to the longterm hazard of aerosol hairsprays used in her saloon. But making contact with her son, given up for adoption, is her main priority before she goes. What follows is a fraught and hilarious struggle to see the teenage Alter Ego (Helin), assisted by soft-ware developer Jean-Baptiste Cuchas (Dupontel) whose attempts to end it all, after being sacked, only end up injuring a colleague in the next room.

Blind archivist Monsieur Blin, already a victim of police brutality, comes to Suze and JB’s rescue and their research leads them to Dr. Lint (Berroyer), the obstetrician who delivered young Suze’s baby boy. But Dr. Lint is suffering from Alzheimer’s and lives in a care home. To make matters worse his handwritten diaries are illegible, only his wife can decipher them. Eventually the trio finds success of sorts but this happy-end is overshadowed by a showcase showdown in true ‘Thelma and Louise’ fashion.

DoP Alexis Kavyrchine uses all the tricks in the book with his avant-garde electronic surveillance methods. Nobody is safe from the government, thanks to JB, but turning the tables on them proves counterproductive. Once again the comedy lies in the ridiculous red-tape. Dupontel melding machines with the mindless men in charge. A comedy enforcing a barbed message: our technicians are even less humane than the systems themselves. AS