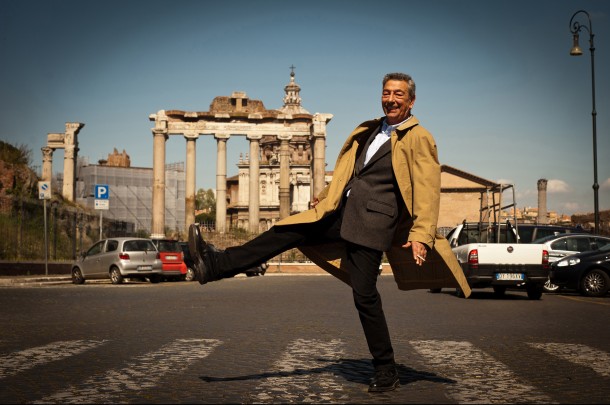 Best know for his recent drama, Mid August Lunch, Gianni Di Gregorio plays himself in this light-hearted comedy that follows the trials and tribulations of an elderly civil servant in Rome. Kafkaesque in the extreme it never takes itself too seriously, driving home the message that it never pays to be too kind or flexible in work or in play.

On the brink of his retirement, Gianni discovers he is going to be working another three years due to a change in Government policy. And that isn’t all. His office is re-locating outside Rome, adding another hour to his leisurely morning commute via the local Coffee Bar. Can it get any worse? Apparently, yes. In the new office location, a toxic brew of politics puts a further dampener on his working life in the shape buxom Cinzia (Valentina Lodovini) and his new boss (Anna Bonaiuto) and her willing side-kick (Gianfelice Imparato). Luckily, Marco (Marco Marzocca) seems to be the only decent employee, joining forces with Gianni on the daily grind and even offering to work on his birthday. Just when he is re-adjusting to his new situation, Gianni’s daughter (Camilla Filippi) decides to take over his flat in the centre of Rome. All this stress sends Gianni into orbit and his blood pressure suffers as a result. But his doctor advises him to treat them mean to keep them keen. All very well when decency is your default position as a human being.

Well-acted and watchable throughout its running time of just over an hour, GOOD FOR NOTHING is pleasant, light-hearted fare that doesn’t outstay its welcome and occasionally puts a smile on your face, especially if you’re a fan of Gianni Di Gregorio and his charming brand of Italian humour. MT

CINEMA MADE IN ITALY IS BACK IN LONDON FROM 5-9 MARCH 2015. TICKETS HERE