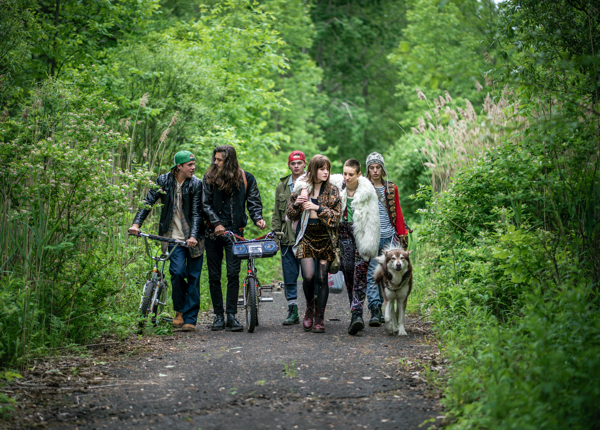 Canadian director Anais Barbeau-Lavalette and writer Catherine Leger have adapted Genevieve Pettersen’s novel for the screen. But despite their best efforts to bring something fresh to a teenage addiction story the result is lacklustre despite a spirited central performance from Canadian actress Kelly Depeault.

Catherine (Depeault) comes from a dysfunctional middle-class background not helped by the usual competitive boyfriend problems at her co-ed school. On her sixteenth birthday a vicious fight breaks out between her divorced parents (Neron/D’Amour) and Catherine takes refuge in the woods where her gang of friends are heavily into mescaline. She dabbles with the drug and also drifts into more promiscuous behaviour, sleeping with Pascal (Desrochers) who was dating her friend Melanie (Johnson), and then the guitar playing Keven (L’Houmeau) who makes love to her in an overlong cringeworthy scene. The story gradually unravels in a series of tragic events that lead to an unconvincing denouement for all concerned. Lively visuals from DoP Jonathan Decoste convey the high-energy febrility of this lost and emotionally volatile youth. AS