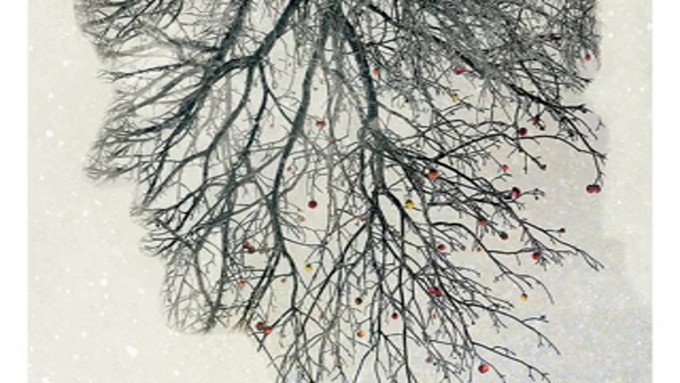 The directing debut of producers Jedd and Todd Wider, credited for many Alex Gibney documentaries, is a melancholic and visually stunning portrait of the life and death of Linda Bishop, whose decomposed body was found in an abandoned farmhouse in rural New Hampshire in May 2008.

Linda left two notebooks describing her final few months which are narrated by Lori Singer. Born in 1956, Linda was nature-loving and gentle, a joyful child and teenager – according to home videos. After the birth of her daughter Caitlin in 1985 and a subsequent divorce, Linda’s mental health deteriorated. She told friends she was being hunted down by the Chinese Mafia through her job in a local Chinese restaurant. Her sister Joan, and Caitlin talk at length about Linda inventing a male figure, a ‘knight in shining armour’ “who was going to save her”. This man was Keith, who was actually married and working in the same restaurant as Linda. Her diary states she had high hopes about him in the lonely cold winter in 2007/2008.

Linda had been in and out of residential psychiatric care for over a decade, her diagnosis was Paranoid Schizophrenia: A classification recently removed by the American Psychiatric Association, who eliminated all sub-types of Schizophrenia as a diagnostic tool, because “of their limited diagnostic stability, low reliance and poor validity”. But the failure of Linda’s doctors went much further than a muddled diagnosis: after Joan was named her guardian Linda repeatedly refused to take her medication over long periods of time, the hospital simply let her go. And a court, in a very short session, declared her sane enough to live on her own. Without notifying Joan, Linda was set free: in her notebooks she describes the elation of this freedom, and how she found the farmhouse in 393 Mountain Road.

The winter of 2007/8 was one of the harshest in history. Linda arrived in Autumn and collected apples from a nearby orchard. She lived on these apples and snow water until she died of starvation in January 2008. In her diary, she counts the remaining number of apples meticulously. But in her delirium, she also expects to be alternatively saved by the “Keith” figure, or killed by “domestic violence, because she cannot go to a home for battered women, as the ‘evil’ is everywhere.” In the end she turned to God, whom she asked to save her “I am trying, but I don’t know what to do”. And “It is so sad, that I am dying, when I have so much to look forward to”. Finally, she asks to be buried in the nearby cemetery, “where I have friends”.

DoP Gerardo Puglia shoots mainly on 35mm, and the depth of the film is apparent in these images: nature is shown as a refuge for Linda. The farmhouse where she took refuge was not a place of horror, but a sanctuary where she found a certain peace, particularly in the attic. Another sad story of how her family failed to be there for her, and a system that let her down. It did not help her to connect the two different parts of herself, as best described by her daughter Caitlin: “There was my mother, and there was Linda Bishop”. An elegiac swansong for a lost soul. AS