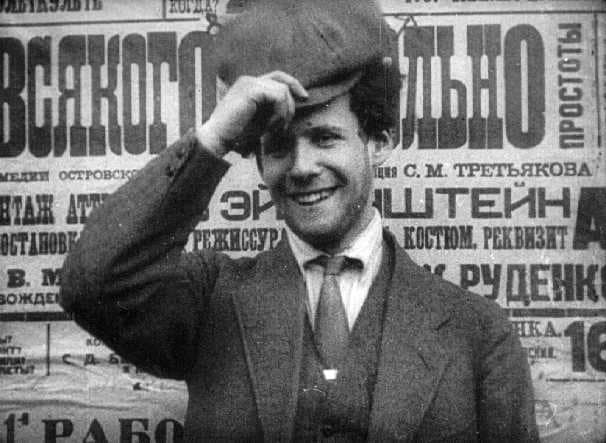 Conceived like Orson Welles’ Too Much Johnson fifteen years later as augmenting a stage production. Before The Battleship Potemkin there was Glumov’s Diary; and before the Odessa Steps was a small flight of steps outside the Morozov mansion in Moscow in which the Proletkult theatre was currently housed and in front of which Eisenstein’s enthusiastic young cast cavorted nearly a hundred years ago (including a pipe-smoking bride arm-in-arm with a very camp-looking groom).

Representing the tiny acorn which grew into the mighty, if blighted, oak of the cinematic legacy of Sergei Eisenstein, his illustrious filmography starts with this strange-sounding title in which the young director himself puts in a brief appearance introducing himself to the camera sporting a scruffy beard and an enormous shock of hair.

By the the time he’d been harassed into an early grave a quarter of a century later he’d probably long forgotten this little squib which shows the influence of Melies rather than Kino-Pravda, since it probably contains more special effects than the rest of Eisenstein’s oeuvre put together; including the bizarre transformation of a cavorting clown into a swastika. Richard Chatten.