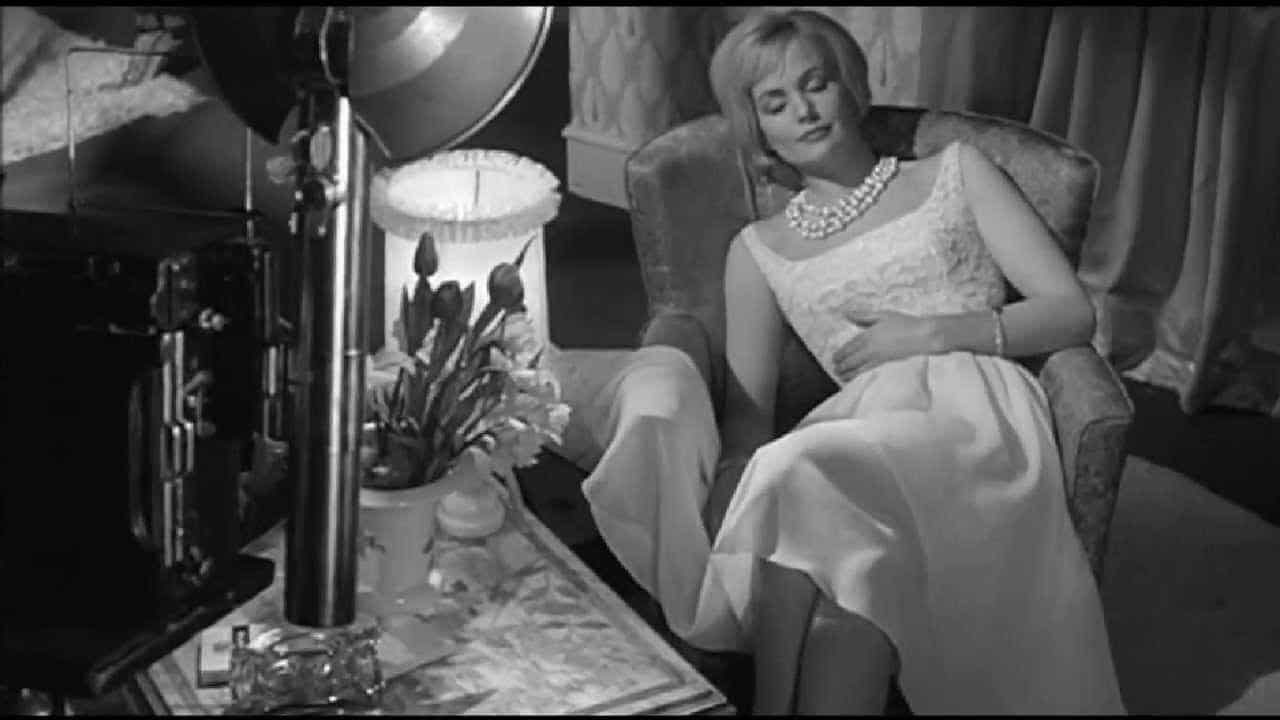 Based on a 1961 novel by the actor Laurence Payne called The Nose on My Face. This enjoyable little murder mystery with an interesting cast – most of them still relatively young – and shot on familiar London locations seems on the surface charmingly old-fashioned (everybody is so immaculately dressed, and ball-point pens were still sufficiently novel for one to be an important plot point).

Yet the the victim is described as “a little nympho…without morals or scruples of any kind” who came to London to have “an operation” after getting pregnant by her mother’s fiancée. “Reefers” and “cocaine” are also mentioned by name and a character (described as “a rich and successful TV thing”) is stabbed to death in what is obviously a gay club. Incredibly this only carried an ‘A’ certificate in 1963, which shows how rapidly times were then changing.

Like Inspector Morse, Ian Hendry (who was still young and dashing then before his drinking got the better of him) as the detective drives a Bentley and knows his opera. Coincidence? @Richard Chatten